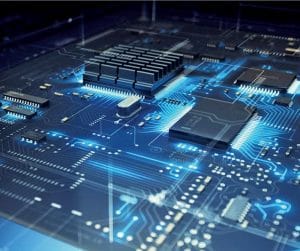 Printed circuit boards (PCBs) are deployed in almost all electronic products, ranging from consumer gadgets such as PCs, tablets, smartphones and gaming consoles to industrial and even high-tech products in the strategic and medical electronics domains.
Considering the importance of the PCB industry in the electronics manufacturing ecosystem, the April 2016 issue of Electronics Bazaar had published an article titled, ‘How will the Indian PCB industry grow?’, covering the views of various stakeholders from within the industry.
This month, given the evolution of the electronics industry’s ecosystem over the last one year with respect to the implementation of government policies, the investment climate, government duties and consumer demand, we decided to take a fresh look at the Indian PCB industry to understand how the industry has been shaping up. In this edition, however, rather than merely presenting perspectives shared by industry thought leaders, we also thought of sharing industry trends through a mini-survey of a sample group of seven senior industry members.

Methodology
Representatives from seven companies made themselves available for this survey. It has to be noted that this sample is but a microcosm of India’s PCB sector. Survey participants were asked standard questions regarding the following aspects:
1. The overall growth expected from the PCB industry in FY 2017-18
2. Expected growth percentage
3. The major demand-generating sectors
4. The demand/supply gap in the Indian PCB industry
5. Challenges faced by PCB manufacturers in India
6. The possibilities of inorganic growth through mergers and acquisitions
The responses obtained from the interviews were then collated and analysed, before presenting the results here.

Market at a glance
The Indian electronics market is one of the fastest growing in the world and is anticipated to reach US$ 400 billion in 2022, with domestic manufacturing climbing to over US$ 100 billion. This will create immense scope for the PCB market.
According to an ELCINA study, domestic market demand for PCBs will grow at a CAGR of 20.56 per cent over the period 2015-2020, and will reach over US$ 6 billion by 2020 from the current level of US$ 2.38 billion (Figure 1).
Currently, only 35 per cent of this demand is met by local manufacturers. And for the remaining 65 per cent, India is still dependent on imports. The current demand of US$ 2.38 billion represents the demand for all types of PCBs, and includes both the bare board and the populated PCBs. The current market size for bare board PCBs is US$ 1.2 billion, and only 30 per cent of this demand is being met by local PCB manufacturers. The remaining 70 per cent is imported.
The Indian market is slightly different from the rest of the globe. Globally, the market for flexible circuits is expected to grow much faster than that for rigid PCBs, since the former can facilitate form factor reduction and eliminate connectors. However, Indian PCB manufacturers are mostly focused on single-sided, double-sided and multi-layered PCBs with a layer count of four to six, in most cases. A majority of the Indian manufacturers adopt the high-mix, medium-volume strategy where different types of PCBs are manufactured in low to medium volumes. There are around 200 PCB manufacturers in India — more than 60 per cent of them are very small and unorganised.
All survey participants feel that there is a demand-supply gap in the ecosystem as imports play a significant role in meeting local demand for PCBs. This does not bode well for the economic health of the industry in the long term. Survey participants also unanimously stated that they feel the industry is poised for growth during FY 2017-18. However, there are mixed opinions about the percentage of expected growth (Figure 2).

Growth drivers
Considering the estimated demand till 2020 (Figure 1), the growth of the PCB market will most likely be driven by the consumer electronics segment, followed by requirements from the industrial and LED lighting segments.
Survey participants, however, feel that the demand scenario in 2017-18 may differ slightly from the forecast indicated in Figure 1. According to them, the automotive industry, LED lighting and industrial electronics will be the major growth drivers (Figure 3). Mobile phones, consumer electronics devices and broadcast and telecommunication equipment will also contribute significantly in demand generation.
Miniaturisation of semiconductor devices and enhanced functionality in electronic products is expected to drive the demand for more complex PCBs with a higher number of layers. PCB manufacturers in the country mostly fall into the following segments:
1. Large-volume manufacturers (mostly double-sided PCB makers, and a few who produce a good amount of multi-layered PCBs)
2. Small-volume manufacturers (both double-sided PCB makers and a few who produce multi-layered PCBs)
3. Small-volume fast-delivery manufacturers (both double-sided PCB makers and a few who produce multi-layered PCBs)
4. Small-volume complex-design PCB manufacturers
Survey participants expect growth in the second, third and fourth categories.
Some of the survey participants indicated the possibility of demand arising out of advances in technology such as high density interconnection (HDI). This enables more interconnection functions per unit area, which will positively impact the market for advanced-level applications. In addition, the recent thrust towards indigenisation in strategic electronics manufacturing is likely to fuel the demand for high-grade multi-layered PCBs.

Challenges faced by the industry
Currently, the output of the Indian PCB industry is less than 1 per cent of the total global capacity. According to the survey participants, the top challenges (Figure 4) that PCB manufacturers in the country face are:

An inefficient supply chain and non-availability of a significant percentage of critical raw materials increases inventory costs. The capital costs also go up due to the very high cost of finance in the country —both for capital investments, as well as for working capital. The very low capital-output ratio in the PCB industry entails the need for huge investments and high interest costs. Thus, profitability is an issue. Manufacturers are not able to invest in new equipment, most of which is imported. Survey participants also mention that the life span of the typical PCB manufacturing equipment used today is a maximum of four years, after which these tend to become redundant.
Infrastructural challenges such as insufficient clean water and uninterrupted power, only a limited number of developed industrial parks, and the lack of an ecosystem for raw materials are some of the hindrances in the PCB industry. There is also the need for huge investments in creating and maintaining effluent treatment facilities, which is one of the major challenges for this industry.

Growing inorganically
More than half of the survey participants believe that inorganic growth can play a major role in this segment (Figure 5), either through mergers and acquisitions (M&As) or through joint ventures (JVs). Survey participants who spoke positively about inorganic growth feel that since most manufacturers in the country will find it challenging to make the huge investments required to produce PCBs for high-tech products like set-top boxes and mobile handsets in large volumes, any kind of partnership with foreign companies could help Indian firms manufacture high-tech PCBs via technology transfer.

Moving forward
Despite limitations like an inefficient supply chain, the capital-intensive nature of the industry, a low investment-to-sales ratio, logistics and infrastructural issues, the Indian PCB industry should be able to witness sustainable growth if the government can provide a level playing field. As one of the industry members, Paresh Vasani, MD, PCB Power, rightly put it, “We do not need nurturing or subsidies. Instead, the government should be a catalyst for growth. Take the case of the Indian automotive industry, for example; the government discourages automotive imports with its high duty structures and complicated registration process, compelling automotive companies to manufacture in India, resulting in a proper manufacturing ecosystem. The government should create a similar environment for PCBs and other electronic components as well.”
Given that there is a huge domestic demand for electronic products, such a move will help not just the PCB industry but the entire electronics ecosystem to achieve long-term sustainable growth in line with the Make in India initiative.