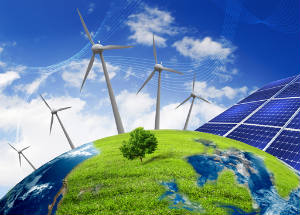 March 17, 2015: US has agreed to help India for renewable energy technologies. Broad understanding has been reached during visit of US President Barack Obama to India in the month of January, 2015 to emphasise on the critical importance of expanding clean energy research, development, manufacturing and deployment, which increases energy access and reduces greenhouse gas emissions. This was stated by Piyush Goyal, Minister of state for Power, Coal and New and Renewable Energy (IC) in the parliament..

The Minister further stated that both the countries intend to expand current partnership and agreed to undertake new initiatives to enhance clean energy cooperation as follows:

i. Set up “Innovative Finance Forum”.

The Minister further stated that this would help in boosting the generation of renewable energy in the country including solar energy significantly.