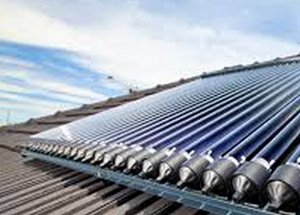 March 12, 2015: Initially sixteen UMPPs each with a capacity of about 4000 MW were identified in various parts of the country. Of them, four UMPPs viz: Sasan in Madhya Pradesh, Mundra in Gujarat, Krishnapatnam in Andhra Pradesh and Tilaiya in Jharkhand have been awarded to the successful bidders. This was stated by Piyush Goyal, Minister of state for Power, Coal and New and Renewable Energy in the parliament. The Finance Minister has already announced in the Budget for 2015-16 that the projects in the infrastructure sector (including power) would be in the plug-and-play mode.

The Government has cancelled the bids for the Ultra Mega Power Projects (UMPPs) at Bedabahal in Odisha and Cheyyur in Tamil Nadu due to inadequate response. Action has been taken to complete the process in 2015-16.

The Minister further stated that capacity of these UMPPs is about 4000 MW each. Under the Ultra Mega Power Projects (UMPPs) initiative, the responsibility for achieving financial closure and tying up of funds for meeting the requirement of the project rests with the identified developer. Normally it takes about five years for commissioning of the project after signing of the PPA with the developer. The exact implementation schedule of the UMPPs would be known only after the developer is selected through tariff based bidding process, the Minister added.