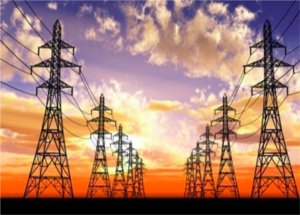 March 12, 2015: With an installed capacity of about 3000 MW solar power, the share of solar energy is about 2 per cent in the power sector of the country. Ministry of New and Renewable Energy (MNRE) has proposed to scale up Grid Connected Solar Power targets from 20,000 MW to 1,00,000 MW by 2022. The target includes 40,000 MW roof-top solar photovoltaics, 57,000 MW large solar projects and 3000 MW already installed. This information was provided by Piyush Goyal, Minister of state for Power, Coal and New and Renewable Energy.

The Minister further stated that India already has installed capacity of over 34 GW from various renewable energy sources which is 13 per cent of the total installed capacity of power generation in the country. As per Global Status Report, REN 21, India’s global position in renewable energy capacity installation is fifth in the world. The investment in renewable energy are mainly by private sector. The Government has approved an outlay of Rs 330.03 billion for Ministry of New and Renewable Energy for promotion of new and renewable energy during 12th Plan period. This includes Rs 191.13 billion as Budgetary Support and Rs 138.9 billion from Internal and Extra Budgetary Support (IEBR). MNRE has organized First Global Renewable Energy Investors Promotion Meet (RE-INVEST 2015) during February 15-17, 2015 in New Delhi. As part of RE-INVEST 2015 initiative, 387 companies/firms (both private and public sectors) have submitted Green Energy Commitment Certificates (GEC), aggregating to about 270 GW power generation capacity during the next five years.