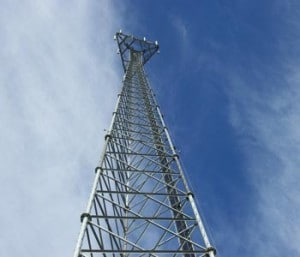 Tuesday, August 26, 2014: Solar power in India is getting a new boost as for the first time this energy will be used to run 2,200 mobile towers, which will be set up in nine Naxal-affected areas. The mobile towers will be set up for Rs 32,160 million and they will be operated without any electricity or generator.

This is the first time such a massive plan has been taken for green energy to be used in a grand manner to run such a large number of telecom towers. Electricity interruption will be avoided through solar energy as most of these areas lack electricity. Now this solar power technology will feed the towers with solar power and batteries will also be charged simultaneously. On 20 August a nod has been for the project by the Union Cabinet and it will be implemented in one year.

Since 2010, the Ministry of Home Affairs has been pushing for installation of mobile towers in Naxal-hit areas. Absence of mobile services in these areas have made it tougher for security forces to operate and get timely help in critical situations. Left wing extremism affected states like Jharkhand, Bihar, Chhattisgarh, Madhya Pradesh, Maharashtra, West Bengal, Odisha, Uttar Pradesh and Andhra Pradesh lack from telecom infrastructure severely. Now these towers will be set up in secure locations like police stations and security forces camps so that they don’t get destructed by the extremist groups.