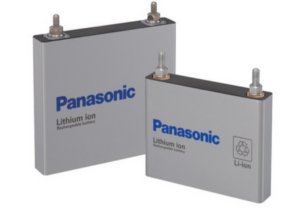 Thursday, August 22, 2013: The Japanese Electronics firm is set to expand its lithium-ion battery business, people acquainted with the plans informed. According to the sources, the Japanese giant is supposed to make an investment of at least $200 Million (20 Billion Yen) in the year to March in order to enhance the production of small as well as large lithium-ion batteries for automakers.

The amount to be invested is small compared to the 83 Billion Yen that the firm will be investing in its automotive and industrial systems division. Though the battery business made losses in the last financial year, this is seen as a key source of growth by the company, which is making efforts to restructure loss-making operations like TVs.

Sources revealed that Panasonic is planning to set up additional production line for small batteries at a facility in the Osaka area in western Japan. Moreover, it is about to re-start another line at a separate Osaka plant. In addition to it, the firm is also establishing a new production line at its Kasai factory, also in western Japan in order to construct larger lithium-ion batteries. Therefore, operations are set to start in next spring.

Due to competition from Asian rivals and decrease in demand for notebook PCs, business in small batteries became quite tough. Another Japanese electronics maker, Sony indicated that there is a possibility that it may sell its lithium-ion battery business.

In addition to hybrid and electric vehicles manufactured by Toyota Motor, Volkswagen AG and others that utilise larger batteries, Tesla Motors, a customer of Panasonic has again fueled demand. The firm Panasonic has reduced capital spending this year to 205 Billion Yen, but plans to continue investing in key businesses.