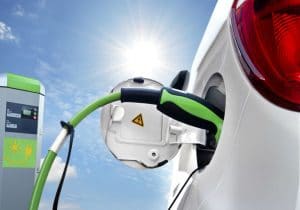 These will be supplied in two phases over 12 months. The whole process is likely to wrap up by end 2018. In the first phase, 500 electric cars will be procured over a three month period, while another 9,500 electric cars will be purchased in the following nine months. Energy Efficiency Services Ltd (EESL),a joint venture of four government owned power sector entities —NTPC, Power Grid, Power Finance Corporation, and Rural Electrification Corporation —had floated a tender to procure 10,000 electric vehicles on August 15.

Companies who sell in bulk to EESL will not have to spend on launches, advertisements or other promotions, allowing them to offer a competitive price for the tender. “We are pleased to receive bids from three companies.

We were anticipating at least two bids to go ahead with the process,” said EESL Managing Director Saurabh Kumar. Representatives of five car makers —Tata Motors, M&M, Hyundai, Nissan and Renault —had attended the pre bid meet in August.

EESL plans to source electric cars and lease them to government departments and offices. The cars will initially be leased to power ministry departments and power public sector units in the National Capital Region.

EESL wants to ensure that procurement is transparent and there is as much competition as possible. “Eventually, we should insist on Make in India… the value addition should progressively go up and prices should come down,” Kumar said.

The government is pushing for manufacturing of electric vehicles to reduce dependence on oil imports and control vehicular pollution. Union Road Transport Minister Nitin Gadkari said early this month the government will ´bulldoze´ the auto industry if it did not switch to cleaner vehicles.

Details of the quantity offered by the three automobile companies and price range were not known. It is likely that M& M, which has been manufacturing electric cars, would offer the maximum quantities under the tender. The company manufactures two electric vehicles —e2o (ahatchback) and eVerito (asedan) —priced between ~ 8 lakh and ~11 lakh.

Tata Motors is learnt to be working on the electric variant of two entry level cars —the Nano and Tiago. Nissan, which has a global alliance with French car maker Renault, has a joint manufacturing unit in Chennai and is likely to opt for local assembly of electric cars.

While the three players would have quoted different prices for their electric cars, the lowest price quoted in the tender for a particular segment will have to be matched by the other two companies to be able to sell vehicles to EESL.