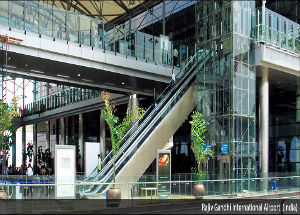 May 21, 2015: Mitsubishi Electric Corporation has announced that its Indian elevator operations, Mitsubishi Elevator India Private Limited will build a factory in Bangalore, India,  to strengthen local competitiveness and expand business in the world’s second largest market for elevators and escalators.
The Indian elevator and escalator market is an integral part of the country’s rapid economic development. This can be seen with the growing demand of elevators and escalators, which rose to 47000 units in 2014 and is expected to grown further.
The new factory is based in Bangalore, Karnataka with a site area of 89000sqm and a floor space of 25400sqm. The operations would be commencing by July 2016, with a production capacity of 5000 units annually. Established with an investment of Rs 1.833 billion, the factory will have adjunct facilities including elevator testing tower, which will be 41m high, and field training centre.

It was in 1995 that Mitsubishi made its entry in to the Indian market by selling elevators through local distributors followed by establishing a company in August 2012 , in Chennai. The operations focused on sales, installations and maintenance. In April 2014, Mitsubishi Electric launched the NEXIEZ-LITE elevator model for low- to mid-rise buildings in India.

By producing locally, Mitsubishi Electric expects to strengthen product competitiveness in terms of price and delivery time, focusing especially on its NEXIEZ-LITE model. A special emphasis will be placed on the efficient integration of sales, manufacturing, installation and maintenance.