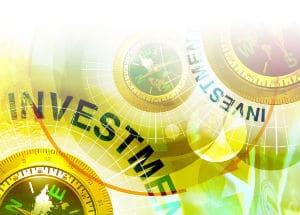 February 10, 2015: Six months after the Modi government took office, FICCI-PwC conducted a survey, which was dubbed the ‘India Manufacturing Barometer 2014’, to understand the mood across the manufacturing sector. The survey presents an optimistic view, with heavy investments planned and widespread support for the prime minister’s ‘Make in India’ initiative

The Narendra Modi-led government seems to have instilled the much desired confidence amongst the manufacturing companies to invest in the Indian economy. According to a recent FICCI-PwC survey, manufacturing companies are bullish about their growth in India and have plans to make some major investments in the next one year. Ninety four per cent of the respondents from the companies surveyed stated that they are ‘optimistic’ about the Indian economy and have high expectations from the government.

Interestingly, the India Manufacturing Barometer survey conducted this year reflected an increased level of optimism and activity compared to the findings of 2013. When asked about their level of optimism, about 26 per cent of the respondents said that they are very optimistic about India’s economic prospects compared to zero per cent who felt so last year.

The report titled ‘India Manufacturing Barometer 2014’ was unveiled recently at an event in New Delhi. While releasing the report, Bimal Tanna, leader, industrial manufacturing at PwC India, said, “The rising costs in other global manufacturing hubs like China have presented an opportunity for India to capture a significant share of the global manufacturing pie. Yet, the road ahead is full of challenges that include several infrastructural and regulatory bottlenecks. While there is enough optimism with respect to the growth in the economy, manufacturing companies are looking at the government to rationalise taxes, and the regulatory policies and processes to facilitate investments and infrastructure development.”

Sharing his views on the report and the manufacturing scenario in India, Chandan Saha, joint adviser, planning commission, asserted that though there is positivity in the overall environment with respect to manufacturing, some real developments are yet to happen. Chandan Saha said, “Speaking in the context of the report, I think we must look at the factors that add to our potential in the manufacturing sector—where we have some sort of competency, by which we can maintain or enhance our competitiveness in the global market. We have always talked about reforms, but we have hardly focused on building capacity and capabilities, and how we can utilise these. We have probably spent a lot of time to take these initiatives, which has ultimately affected our manufacturing set-up. Improving our human resources can also lead to boosting the manufacturing sector.”

Adding his perspective to the discussion, Shyam Bang, co-chairman, FICCI manufacturing committee and executive director, Jubilant Life Sciences, said that the government has talked about some ‘bold measures’ to encourage investors and investments. He said, “Looking at the slow down in the growth of investments over the past few years, one can say that there is a need for significant improvements in the regulatory business environment in India, along with a host of structural reforms. We are looking forward to the forthcoming Budget, which will hopefully drive growth in the manufacturing industry.”