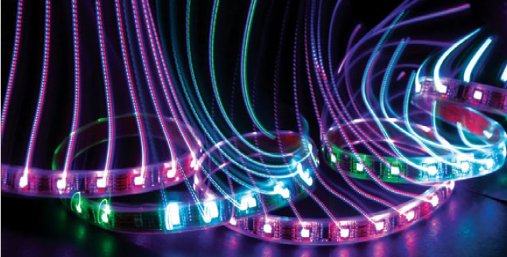 All indications suggest that the LED lighting industry is growing significantly. Does this mean all the stakeholders in the ecosystem are making good profits?

Saturday, December 28, 2013:  Frost & Sullivan estimates the turnover of the current Indian LED lighting market to be $143 million, less than 4 per cent of the total lighting market. Business is expected to grow at a CAGR of 47.3 per cent between 2011 and 2018, to touch $1.3 billion by 2018 and reach a share of 15-20 per cent of the total lighting market. According to this estimation, by 2018, demand for LED lighting products from Central and state government departments in India will be about 40 per cent, of total demand, and that from industries will be 60 per cent, respectively. Demand from the commercial, automotive and residential verticals will also rise significantly.

Although the percentage of buyers for LED lighting products is still low due to the high cost of these products, this scenario is changing fast. With an increase in popularity and rigorous efforts by the Central government to promote LED lighting, more and more players are entering the industry to exploit the untapped potential of this market. Industry pundits, therefore, believe that the demand for LED lighting products will double in the next two years. “As the lumen per dollar costs keep coming down for LED-based products, we will continue to see an increased adoption of these products in households as well as in industrial and commercial applications. A majority of the new projects and renovations that are being undertaken are exclusively adopting LED-based solutions, which are practical and cost effective,” says Rishabh Sood, director, operations, Alva Lighting.

Prices of LED lights are also expected to come down in the coming two to three years, as the Indian government plans to start chip manufacturing within the country soon. “Some other efforts, like the recent reduction in the VAT on LED products from 12.5 per cent to 5 per cent by the Delhi government are a welcome initiative and will hopefully lead to better adaption of LED lighting products,” says Arun Gupta, global CEO, NTL Lemnis.

Who is making big money?

All the above stated facts clearly indicate that the LED lighting industry is growing significantly. So does this mean that all the stakeholders in the ecosystem are making good profits? Let’s find out.

Distributors: According to industry giants, the distributors of LED lighting products are making good profits in the current scenario. Rishabh Sood says that a distributor, who sells the products in a relatively shorter timeframe as compared to a manufacturer, earns a good profit margin. “It is easier for distributors to add margins and move the product forward after studying the market trends. The stock-and-sell cycle of manufacturers is traditionally longer and their overheads are higher,” he says.

Integrators: Integrators are also making reasonable profits. Vijay Kumar Gupta, CEO, Kwality Polywa, feels that integrators can source as per the demand and can afford to maintain lean operations at the risk of delayed deliveries. Most big projects are government driven and its mostly the integrators that bag these huge orders.

Manufacturers: However, the going is tough for LED manufacturers. Experts strongly feel that manufacturers are not benefiting in the present scenario. Manufacture of LED lighting is yet to pick up pace in India, and the crucial reason behind the slow growth rate is the absence of manufacturing units within the country, leaving imports as the only option. “About 90 per cent of the manufacturers are making losses or earning only marginal profits. This is because of the low business volumes compared to the establishment costs and inventory obsolescence. But, the situation is improving,” says Ajay Goel. The low level of manufacturing in India is another major reason for low profits for the manufacturers. Delays in government decisions on projects and low consumer awareness are other reasons for the small profits made by indigenous manufacturers. This leads to higher product costs for the consumers, says Ajay Goel.

Procuring components locally to manufacture LED lighting products is also difficult, as there are only a handful of component manufacturers present in the market. Thus, one has to depend on imports from other countries for these components. This burden is eventually shifted onto the customer as the cost of the product turns out to be very high.

Rishabh Sood explains that it is very important for manufacturers to manage their overheads carefully in order to make profit. “Some may adopt a bill-to-order approach to minimise the effects of price variations in the cost of LEDs or even the exchange rate fluctuations. A bill-to-stock approach is better for those with larger volumes and a larger client base,” he adds.

Arun Gupta is, however, optimistic. He says, “Today, margins are razor thin because the volumes are yet to come in. Once the volumes start to come in, may be in the next three to five years time, the razor thin margins will become sizeable and that is when anybody will really make money in the sector. Currently, it is more investment for the future returns.”

- Advertisement -
Previous articleIndia can emerge as a battery manufacturing destination
Next articleAvnet recognized on the 2013 informationweek 500 list of top technology innovators in the U.S.