Kolkata’s upcoming IT hub has been chosen by Reliance Jio Infocomm for developing its Rs 1,000 crore greenfield data centre. 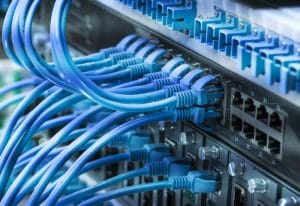 Reliance Jio Infocomm to invest Rs 1,000 crore in a state-of-the-art greenfield data centre in Kolkata’s upcoming 100-acre IT hub that will be the biggest in the state, West Bengal. The announcement was made on Monday by chief minister Mamata Banerjee when she was speaking at the foundation stone-laying ceremony of the upcoming Bengal Silicon Valley tech hub.

People aware about the development said to Economic Times that Jio has already put in an application to the West Bengal state government for 40 acres of prime land on long-term lease basis for setting up the proposed data centre at the upcoming tech hub in the city’s eastern fringes.

Jio’s eastern India head Tarun Jhunjhunwala, who was present at the stone-laying ceremony of Bengal Silicon Valley,informed that the data centre project is a reaffirmation of Reliance’s faith in Bengal, and it will be the organisation’s contribution towards state chief minister Mamata Banerjee’s goal of digitising West Bengal.

This announcement comes after Ambani’s declaration back in the month of January that RIL would invest as much as Rs 5,000 crore in West Bengal to boost the company arm’s operations, its digital ecosystem as well as the group’s retail and fuel retail businesses.