Infinix is an online smartphone brand in India owned by China-based Transsion Holdings. Note 5 Stylus is Infinix’s first smartphone in India with a stylus 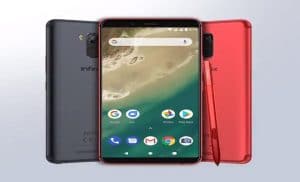 Infinix’s latest smartphone will be competing against the LG Q Stylus, LG Stylus 3 and LG G3 Stylus smartphone in the country. All these stylus smartphones are priced above Rs 13,000 in India.

A tweet made through the official Infinix India Twitter handle read, “Be it doodling, calculating, taking notes or doing sketching on the go, all of this is possible with the all-new Infinix Note 5 Stylus, making you The Creator. Check out the first ever stylus phone with the Power To Create.”

Infinix Note 5 Stylus features a 5.93-inch Full HD+ display that offers a screen resolution of 2240 x 1080 pixels. The company has mated their latest smartphone with a MediaTek P23 octa-core processor clocked at 2.0GHz. Available with 4GB RAM and 64GB storage, Infinix says the storage capacity can be further expanded by up to 256 GBs via a microSD card.

The Infinix XPen stylus looks quite similar to one found on Samsung Galaxy Note 9. Infinix claims that the X-Pen can be used to create smart screenshots, write notes, view files, create memos, and for drawing paintings on the phone’s screen.