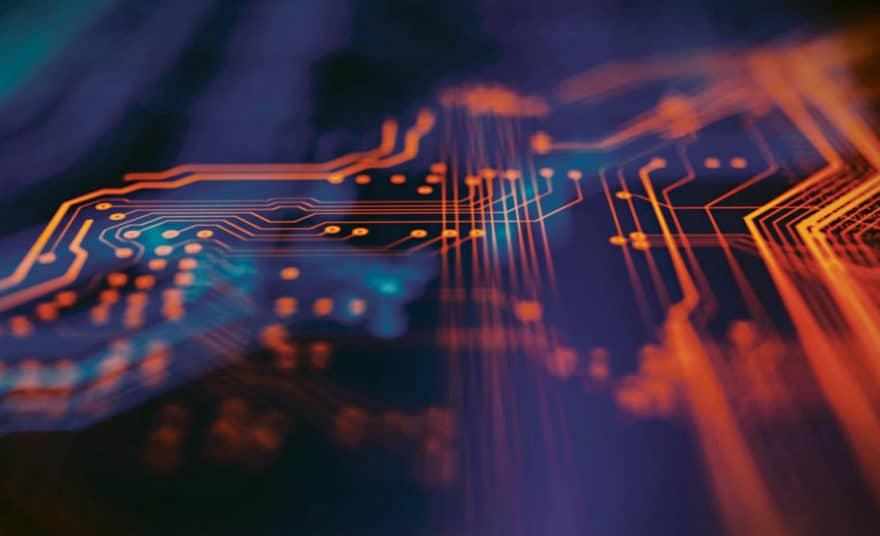 It is exciting to know that India finally has its own electronic chips, thanks to the efforts of our academic institutes and industry players. But how competitive are these when compared to what’s manufactured abroad—in terms of technology, quality and cost?

The Indian chip design industry —including very large-scale integration (VLSI) design—is an integral part of the ESDM ecosystem. The growing demand for consumer electronic goods, a burgeoning telecom and networking market, and significant growth in the use of portable and wireless products are driving the growth of the semiconductor design industry. With the world’s top 25 semiconductor companies present in India today, the country has found its unique place on the global map.

It is only recently that India has started enjoying some success in electronics manufacturing, but the good news is that the fabless design industry has also made a good start. India is well recognised today as a favourable destination for fabless design services. Very recently, India witnessed major breakthroughs made by some organisations as well as academic institutions in the chip design space, which has given a boost to the ecosystem. But how do these desi chips fare when evaluated against the quality of global leaders in this domain? Will electronics manufacturers derive any benefits by using desi options? Let’s find out.

‘Made in India’ chips – A closer look
The year 2018 witnessed a breakthrough in the Indian chip design space with a group of engineers from IIT Madras making an interesting announcement. The team shared with the world their successful development of the first indigenously-built microprocessor, for use in mobile computing and wireless devices. This was followed by other welcome technological breakthroughs at IIT Bombay, the Centre for Development of Advanced Computing (C-DAC) and Saankhya Labs. This series of similar achievements showcased the potential of the Indian chip design ecosystem.

So let’s take a closer look at these desi chips
SHAKTI by IIT Madras: SHAKTI is India’s first-ever RISC-V architecture based microprocessor for smartphones and IoT devices. It was developed in collaboration with Bluespec, a US based semiconductor tool design company and creator of an electronics hardware description language (HDL) named after the company. The Bluespec HDL was used to write functions into the chip. Earlier, chips used to be designed in Verilog, which is a complicated language, whereas in Bluespec, one can mathematically analyse the code to check for a bug. Bluespec also doesn’t let the chip commit a certain set of mistakes, which typically happen with Verilog. So, the SHAKTI programme is not just about evaluating chips but also using newer technologies for developing the chips.

AJIT by IIT Bombay: Engineers from the IIT Bombay have developed a new microprocessor called AJIT—the first ever microprocessor to be conceptualised, designed, developed and manufactured in India. AJIT marks the first time in the country’s history when industry, academia and the government have come together to achieve a breakthrough.

The AJIT microprocessor costs less than US$ 2 (₹.100 to be exact)! However, AJIT isn’t going into a smartphone but is designed to power India’s satellites for IRNSS (Indian Regional Navigation Satellite System). Plans are underway to use AJIT in the receivers being developed for IRNSS (also referred to as NAVIC), an indigenous navigation system for the Indian subcontinent. The processor has a clock speed of around 70MHz-120MHz and is built on 180nm technology. The clock speed of 400MHz – 500MHz is achievable in the next upgrade.

Pruthvi-3 by Saankhya Labs: This is an improvement over the previous Pruthvi chip (Pruthvi-1) that was launched in 2015, and can be used in multiple communication products including mobile devices, broadcast television, satellite communications and defence communications. Pruthvi-3 is a fully programmable multi-standard chipset that supports next-generation broadcast standards.

Unannounced by C-DAC: C-DAC has been entrusted with the mission to design and develop a family of microprocessors, IPs, SoCs as well as the ecosystem to support electronics product development to meet India’s strategic, industrial and commercial needs. Krishna Kumar Rao, project-in-charge of the microprocessor development programme, says that C-DAC has successfully completed the design, coding and testing of a series of 64-bit single, dual and quad core, superscalar, high-performance processors based on the RISC-V Instruction Set Architecture (ISA), as well as multi-level caches, memory management units and coherent interconnects.

No compromise on testing and certifications
With the announcement of any invention, concerns arise about the testing methodologies used, compromises at the certification stage, etc. Hence, with the announcement of the ‘Made in India’ chips, a series of questions began flooding in from every nook and corner of the country. To answer some of those questions, we sought views from the experts themselves – those who have been spearheading these ground-breaking inventions.

Commenting on SHAKTI, G.S. Madhusudan, senior project advisor at IIT Madras, states that all the testing methodologies are open source. A lot of testing was done before the chip went for fabrication. After the chip was fabricated, the foundry or the entity that manufactured the chip also went through chip-level testing. After that, standard tests, as well as some application tests were done to check the stability and the performance of the chip. “We follow standard industry norms, but one highlight of the SHAKTI programme is called formal verification. There are mathematical methods by which one can simply look at the code and decide whether it is correct or not. So mathematically, it is impossible for a bug to enter the system,” says Madhusudan.

The Pruthvi-3 chipset also underwent testing both in the design and manufacturing phases. It follows a list of standardised tests from the manufacturing and environmental perspectives. The functionality gets tested by Saankhya Labs as well as by customers. The certification of the chip varies according to its application (e.g., chipsets designed for automotive applications undergo different tests compared to those meant for defence applications, etc.)

In the case of the AJIT microprocessor, the design-level verification is taken care of by IIT Bombay, while the fab-level test is done by the Semi-Conductor Laboratory (SCL).

Fabricated semiconductor chips undergo a rigorous semiconductor test in the IC tester, or with automated test equipment (ATE). Depending upon the requirement, the fabricated semiconductor chip conforms to various standards such as MIL, radiation hardening (Rad Hard), etc. It conforms to safety standard test(s). “For the processor, two important parameters that have to be evaluated are the instruction set and the 32-/64-bit,” says Debashish Dutta, scientist (G category) and group coordinator (ex-MeitY), who has championed the project.

At par with international standards?
This leads us to another crucial question—are these chips ready to compete at the international level? Madhusudan says that there are three broad parameters for evaluating a chip —performance, power consumption and size. The instruction set (also known as the DNA of a chip) of the SHAKTI microprocessor is an international standard called RISC-V. “The language to be used by the chip for computation is decided by 20-30 people across the world. All the standards are decided by an international committee, which guarantees the chip to be at par with anything else out there in the market,” assures Madhusudan.

Parag Naik, CEO of Saankhya Labs, while commenting on Pruthvi-3, states that its customers are from the Tier 1 cities, and expect and ensure quality that matches international standards. However, he shares his concerns that there somehow seems to be a misconception that Indian companies don’t measure up when it comes to quality.

Value for money
The arrival of the first group of indigenous chips is definitely an exciting achievement for the Indian electronics industry. But electronics manufacturers as well as customers are asking an important question—will these chips be economically beneficial?

Dutta says, “There are two parts to the cost—one is the design cost including the intellectual property rights (IPR), and the other is the fabrication cost, including scaling up volumes. The cost of fabrication has two parts—one is the NRE (non-recurring expenses) and the second is the recurring expenses (volumes). Established international semiconductor fabs have a pricing advantage due to the supportive ecosystem, the mature supply chain, etc.”

Madhusadan gives SHAKTI as an example. He says, “In terms of upfront cost, it is cheaper. But more importantly, our design is also very optimal in terms of manufacturing. So ultimately, the cost of the chip is tied more or less to the size of the chip.”

Ready to scale up?
While the Indian fabless industry has made a mark for itself in the global marketplace, the country’s presence in the global manufacturing space is close to negligible when it comes to the bulk production of chips.

Naik states that chip manufacturing requires billions of dollars of investments and opex to keep the factories running. According to him, India should focus first on design skills, which will eventually help to strengthen the hardware ecosystem. A similar view is shared by Dutta, who strongly believes that India is not yet ready for bulk chip manufacturing. However, commenting on AJIT, Dutta says that researchers expect that they will be able to manufacture this microprocessor in bulk within a year or two, while keeping the cost as low as ₹ 100.

Open source – The major game changer
The contribution of open source technologies in the design of these chips has been tremendous—open source EDA tools help engineers to design chips quicker and in an inexpensive manner. With the introduction of open source architecture like RISC-V, the involvement of open source in electronic chip design has become even more impactful.

Naik is of the opinion that though, currently, open source technology is not seen in chip manufacturing, there is huge potential ahead in the field of chip designing. Open source can play a very important part in the design process with the adoption of EDA tools, etc.

The widespread implementation of RISC-V points to some of the benefits for both the chip designer and the manufacturer. All chips follow an instruction set architecture. So, when you write a high-level computer program, the language compiler breaks it down into the commands which the chip can understand. RISC-V allows any company to experiment with CPU design, to prevent creating cumbersome designs. Hence, project coordinators and designers strongly suggest that Indian designers switch over to open source completely, with RISC-V and ARM taking the industry by storm.

The final take
A closer look at the indigenously developed chips highlights the rapidly changing Indian design environment. Concerns like technological implementation, cost, issues related to standards, quality control, etc, have been nicely addressed by researchers who have slogged to make new breakthroughs. The country’s design space now seems to be mature enough to step into the next level of business, i.e., chip manufacturing. It may only be a matter of time before we see this much-awaited dream turn into a reality!