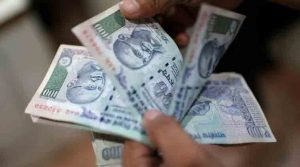 As per a report by the Economic Times, India has extended a line of credit (LoC) of over 500 crore ($75 million) to Cuba for financing solar parks. RBI said that Export-Import Bank of India (Exim Bank) and Banco Exterior De Cuba had signed an agreement in July last year which came into effect from 12th December. Banco Exterior De Cuba is a nominated agency of the government of Cuba.

The report said that RBI also said that Exim bank entered into the agreement on 16th July 2019 with Banco Exterior De Cuba to support a Line of Credit (LoC) of $75 million. It added that this has been done to finance installation of 75 MW Photovoltaic Solar Parks in the Republic of Cuba.

According to the report, under the LoC, the terminal utilisation period will be 60 months after the scheduled completion date of the project. The report also said that, as per the agreement, , financing of export of eligible goods and services from India will be allowed. This will be done after being subject to their being eligible for export under the Foreign Trade Policy.