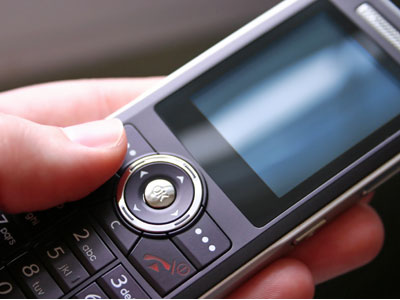 India drops controversial clause that mandates atleast 50% of all core telecom network equipment be indigenously developed or manufactured. Western vendors as well as governments of several countries, including the United States had rapped India’s tough stance in its draft telecom security policy unveiled by the telecom department (DoT) earlier this year, as they disagreed with the country’s stance of securing commercial telecom networks through local manufacturing.

While the draft policy said that India must ‘progressively develop indigenous capacity to manufacture telecom equipment – both hardware and software – with the aim to have at least 50% of the core telecom network equipment being inducted into the network to be indigenously developed and manufactured in the country’, the revised version, dated August 3, has suitably modified this guideline. The revised version states that the India will ‘progressively develop indigenous capacity to manufacture electronic telecom equipment and software being inducted into the network’ .

The DoT has also sought the approval of its highest decision making body, the Telecom Commission, for the revised policy framework. This new rules will be formally notified after the TC approves the revised guidelines, an official with direct knowledge of the development said. But at the same time, the DoT has decided to retain most other clauses that have been opposed by Western governments and global telecom equipment vendors.

Besides, the guidelines also state that India will enact laws ‘that enable law enforcement agencies to have lawfully targeted communication, messages, information and data as far as possible on a real time basis, or near real time basis’ . This means that all players that offer communication services, including the likes of Google, handset makers like Nokia, Samsung and Research in Motion, must either locate servers in the country or share encryption keys or provide other tools to assist security agencies in monitoring these services.

“To suggest that domestically manufacturing 35% or even 80% of the telecoms equipment, security concerns like protection from malware, denial of service software can be achieved, is an argument that may be difficult to sustain. Clearly, the purpose of Trai’s recommendations, stands out as promoting domestic manufacture and not security,” the commerce ministry had said in a March 2012 communication to telecoms secretary R Chandrasekhar said.

Yashasvini Razdan - February 7, 2023 0
Aptiv said that supply disruptions and inflationary cost impacts are likely to persist in 2023. Executives at Aptiv PLC said that the price cuts by...

Yashasvini Razdan - February 7, 2023 0
Aptiv said that supply disruptions and inflationary cost impacts are likely to persist in 2023. Executives at Aptiv PLC said that the price cuts by...

IESA Conducts National Seminar on Future of Semiconductors in India

Vaishali Yadav - February 7, 2023 0
The two-day event--to discuss and formulate the future of semiconductors and ESDM space in India--is scheduled for Feb 07 & 08, at PDEU, Gandhinagar India's...