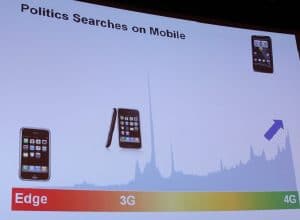 The Department of Telecommunications (DoT) has approved the state-owned Bharat Sanchar Nigam Limited (BSNL) plan that seeks airwaves in the 2100 Mhz band to launch fourth-generation (4G) services in India.

Anupam Shrivastava, BSNL Chairman told that the telecom department had accepted their proposal and was in the process to allow spectrum in the 2100 Mhz band to run 4G services. He also mentioned that the telecom company would be able to launch high-speed Long-Term Evolution (LTE) services soon.

In 2017, BSNL has submitted a project report and wanted to acquire a spectrum worth Rs 13,885 crore in a bid. The company sought Rs 6,652 crore as stock investment from the government and planned to meet the remaining cost through revenue it would generate over a period of 10 years.

Meanwhile, the Telecom Commission has extended the duration for spectrum payments from 10 years to 16 years now after an inter-ministerial group’s (IMG) recommendation. Therefore, the original plan of the company has revised to 16 annual instalments now.
It is claimed that the entire allocation process has put on a pace and has given an 80-day timeframe to conclude the process so that the telecom PSU could get much-awaited airwaves soon.

BSNL has already rolled out 4G in Kerala and Karnataka on a pilot basis and can simultaneously run 3G and 4G services if an additional 5 Mhz is allocated in the 2100Mhz band. The telecom company also believes that rolling out 4G with an additional five units in the 2100 Mhz band could also help in the utilisation of unused spectrum by offering contiguity.