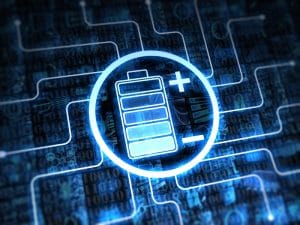 The global compound semiconductor materials market is forecast to reach $66.66 billion by 2027 as per a report by Reports and Data. The report also said that Gallium Arsenide (GaAs) generated a revenue of $7.71 billion in 2019 and is expected to grow with a CAGR of 7.7 per cent in the forecast period. This is due to superior fundamental characteristics being utilised in the development of infrared light-emitting diodes, microwave frequency integrated circuits, solar cells, laser diodes, optical windows among others.

The report also said that the power semiconductors are expected to grow with a CAGR of 8.3 per cent in the forecasted period. This is due to highly conductive and flexible properties, which can be used switch or rectifier in power electronics, headphone amplifier operating at high voltage direct current transmission lines.

Asia-Pacific dominated the market in 2019

As per the report, the Information and Communication Technology (ICT) sector is the major contributor to the market. The construction sector of the Asia Pacific region is the major shareholder of the market and held around 29 per cent of the market in the year 2019 due to variety of applications in the integrated analog and digital circuits.

The report said that the Asia-Pacific dominated the market in 2019. It is mainly due to emphasis on cost-effective and advanced procedures implemented in the industry. The Asia Pacific area controlled approximately 59 per cent of the market. It is followed by North America, which contains around 20 per cent market in the year 2019.

The growth in the compound semiconductor materials market as per the report is due to expanded interest from the telecommunications industries, where the materials are used for conventional microelectronics, which include digital integrated circuits and analog integrated circuits. It added, “Moreover, owing to its high temperature and radiation resistance, the material is used for coating engine components, rocket coatings, and jumpsuit surface coatings, making them suitable for a range of applications in the automobile and aerospace industries. However, shift in material prices, resulting in the need to investigate and implement alternative materials as a replacement for rising total running costs will hamper the market demand.”