The report added that a German economy ministry spokeswoman said of the project that is set to run until 2028. The spokeswoman added that EU Commission has approved the entire project. The individual funding notices and funding amounts per company will now follow in the next step. The report added that along with Tesla and BMW, the 42 firms that have signed up and could receive state aid include Fiat Chrysler Automobiles, Arkema, Borealis, Solvay, Sunlight Systems and Enel X.

European governments to come together to support industry

The European Commission said that project funding will come from France, Germany, Austria, Belgium, Croatia, Finland, Greece, Poland, Slovakia, Spain and Sweden. It also aims to attract 9 billion euros from private investors. The report added that the German spokeswoman said Berlin had made almost 1 billion euros available for the initial battery cell alliance and planned to support this project with about 1.6 billion euros.

The report added that European Competition Commissioner Margrethe Vestager told a news conference that for the massive innovation challenges for the European economy, the risks can be too big for just one member state or one company to take alone. It makes sense for European governments to come together to support industry in developing more innovative and sustainable batteries.

The European Battery Innovation project covers everything from extraction of raw materials to design and production of cells, to recycling and disposal. 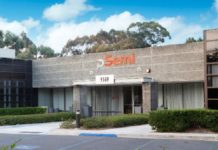 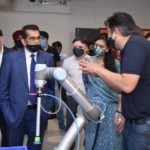