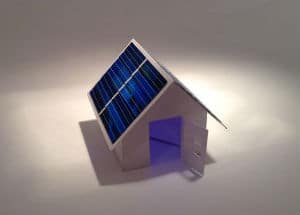 Tuesday, September 09, 2014: After years of continuous attempts for an effective policy for solar net metering, the Delhi Electricity Regulatory Commission has introduced the draft guidelines for the same. It will allow the solar project developers and the household owners to export electricity from rooftop solar power projects.

It has been observed that the Indian households have been making commendable efforts for the rooftop solar net metering implementation. The listed guidelines state that households can now own their own solar power systems or could even lease out their roofs to the project developers. Two meters will be installed to record the functioning of the entire system, wherein, one will measure the electricity generated from the solar power system and other will measure the export/import of electricity from the grid.

The load of consumption of electricity by the consumer will decide the size of the power system. Excess electricity generated by the solar system will be injected into the grid. Thus, the resultant net import of the electricity would be chargeable. The power either consumed by the solar power system owner or injected into the grid, will be adjusted against the Renewable Purchase Obligation of the distribution companies. It would perhaps allow in systematic implementation of such system.