BHEL to benefit from rise in defence expenditure 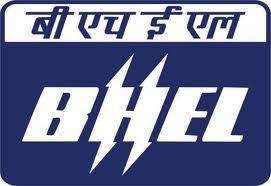 Monday, September 15, 2014: Bharat Electronics (BHEL), the leader in defence electronics in India, would be the main beneficiary for the increasing defence expenditure. The Indian Air Force would confirm large ticket acquisition ranging around $20-22 billion. Since in the Air Force order, electronics proportion is usually higher, these deals would ultimately be essential from BHEL’s viewpoint. The set target price of Rs. 2600 would involve 26 per cent benefit. According to Motilal Oswal Fin Services, it is expected that BHEL will report revenue CAGR of 14 per cent and earnings CAGR of 18 per cent during FY15-17.

There are even further diversified growth opportunities for it i.e. by increasing the exports to the friendly countries and by higher ‘offset’ contribution. According to Motilal Oswal Fin Services, the 14 per cent revenue CAGR over FY15-17 would be carried by execution of the Akash Missile project. It received orders of Rs 65 billion for Akash Missiles in FY11/12 of which execution was delayed. Improved execution would involve EBITDA margin aided by lower staff cost and lower provisions.