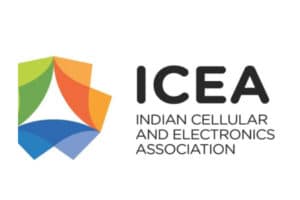 According to a report, by the Economic Times, mobile phone manufacturers have sought exemption from the new ‘faceless assessment’ system for clearing import/exports shipments, which they have claimed to have increased the processing time upto 8-12 days as against 2-3 days previously.

According to a letter by the India Cellular and Electronic Association, dated September 4, it said “We request all AEO (authorized economic operator) and In-Bond Manufacturing entities import/export be permitted “green channel” for self-assessment and automatic clearing for both import and export shipments to promote faster capacity addition and greatly improve ease of doing business,” addressing to the Central Board of Indirect Taxed and Customs.

ICEA represents most global and Indian manufacturers including Xiaomi, Vivo, Oppo, Apple, contract manufacturer Foxconn, Lava, Micromax and Karbonn. Under the latest digital system, the shipment may be at port A, but documents digitally uploaded to the customs online system are assigned randomly by an algorithm to an assessment officer (AO) at port X, ICEA explained.

It also said, “Our members say that AO asks very detailed queries and documents which go back and forth multiple times. This is causing the processing lead time to increase to 8-12 days in many cases, 6-7 days on average. This has disrupted schedules across the board.”

ICEA also added that the surge in trade which is expected after the PLI Scheme (Production Linked Incentive) Scheme applicants start manufacturing in India, would make this problem worse.

The body also shared that the given combined capacity forecast by PLI applicants, the import/export load that various ports (New Delhi Airport/ICDS, Chennai, Bangalore Airport/ICDS) would surge to 3000-4000 air pallets per week at airport and about 700-800 containers per month in ICDS.

It also added that according to their estimates, they would occupy storage capacity available to the extent of 60% of these stations due to the delays in assessment would make the problem worse.

The PLI scheme with a total budget of Rs 41,000 crore would provide graded incentives to 5 global and 5 Indian companies to manufacture mobile phones in India. Close to 20 applications from the likes of Samsung, Apple and Dixon have been received for the scheme.

ICEA also shared in the letter that, “The basic objective is to reduce compliance costs and manage inventory. There is no fear of revenue loss since AEOs are selected based on rigorous criteria and subjected to a comprehensive audit later on.

AEO is a party involved in the international movement of good approved by Customs and compliant with international security standards.