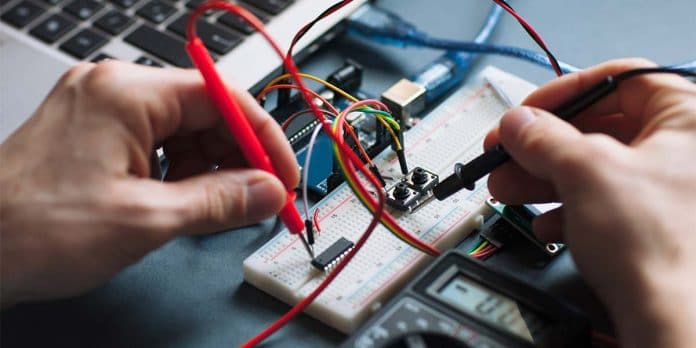 The state government has already invited applications from investors across India for setting up electronic manufacturing units on developed land parcels in these parks.

The state government is laying emphasis on developing alternative hubs for the manufacture of electronic equipment, ranging from mobiles, drones, solar and other components.

A senior official of the state Information Technology & Electronics department informed Millenium Post that the state has developed three Electronic Manufacturing Clusters (EMCs) at Naihati, Falta and Sonarpur. He further mentioned that the lands for all these EMCs are ready for allotment. Apart from mobile manufacturing, the West Bengal government is welcoming solar, drones, robotics and LCD TVs in these clusters as well.

Additional Chief Secretary of IT&E Debashis Sen recently visited the EMC at Naihati situated on 70 acres of land and took stock of the services on offer. The facilities in the Naihati EMC has been developed by WEBEL and soon a site office will come up, said Sen.

A well planned roadmap
An optimistic Sen opined that the government is expecting a lot of electronic units in the clusters as the place has its locational advantage. It is an hour-long drive from the city and is very close to the industrial park of West Bengal Industrial Development Corporation, informed the official.

According to a senior official from WEBEL, the EMC at Falta has 70 acres of land while the one at Sonarpur has 10 acres. The state government has already invited applications from investors across India for setting up electronic manufacturing units on developed land parcels in these parks. The land allotment will be processed on a first-come-first-serve basis.

The move on the part of the state government assumes significance with a top US-based advocacy group recently claiming that about 200 US companies are seeking to move their manufacturing from China to India after the general elections.