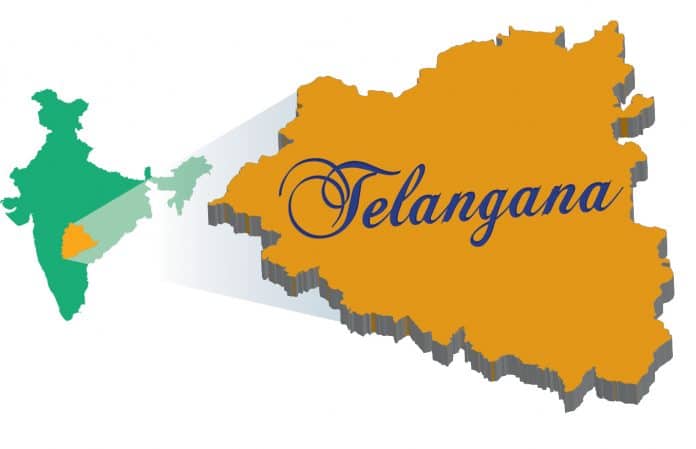 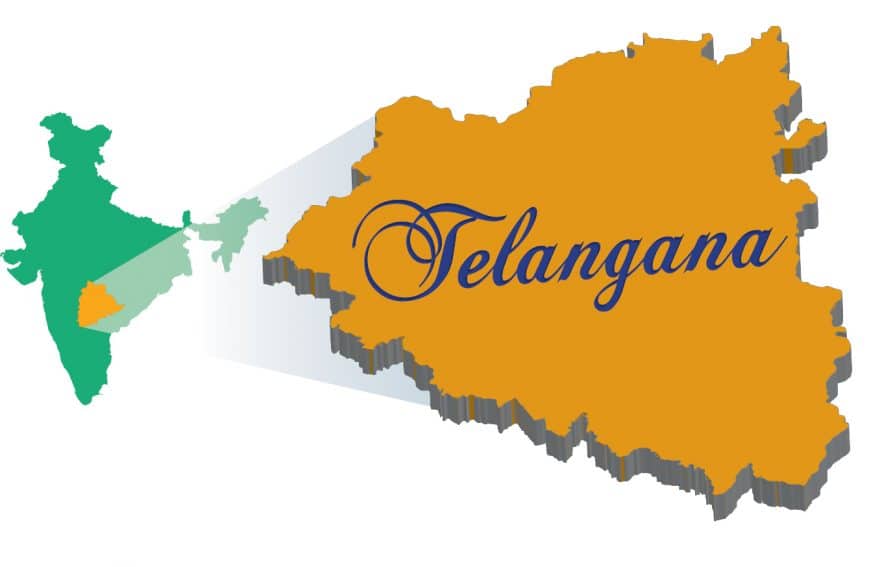 Telangana’s capital, Hyderabad, is a major IT hub of the country, and is now establishing itself as a centre for electronics manufacturing too. Telangana, too, is quickly turning into a popular investment hub because of its innovative ‘ease of doing business’ policies.

Telangana has a road network of over 27,600km, with 24 national highways and an international airport in Hyderabad that connects it with major domestic and international markets. The state has an installed power capacity of over 15GW, with over 40 per cent being contributed by green energy sources. There are also 67 notified Special Economic Zones (SEZ) in the state.

The state is a leading producer and exporter of crops, including lemons, oranges and turmeric, among others. Sericulture and fisheries are other sustainable sectors, with the state having the third largest pool of inland fisheries in the country. Telangana has a large number of manufacturing units in the pharmaceuticals, food processing, minerals, plastics and electrical equipment sectors. One of the world’s largest film studio complexes, Ramoji Film City, is located at Hyderabad.

A flourishing ESDM sector
Telangana has continuously been at the forefront of electronics manufacturing. The traditional entrepreneurial spirit of the locals, coupled with the access to a skilled workforce and the inherent supply chain advantages of the location, have resulted in tremendous growth in the local electronics industry over the last two decades. The quality of technical education in the engineering colleges across the state, which ensures a regular supply of skilled graduates, has also served as a critical growth factor. The state capital of Hyderabad is marching towards establishing itself as a leading global hub for electronics manufacturing.

Hyderabad hosts over 250 electronics companies, both large and small, which together employ more than 50,000 professionals. In 2014-15, the total value of the state’s exports of electronic products was US$ 250 million, which was about 6 per cent of the national electronics exports. Hyderabad houses key global players such as NVIDIA, Motorola, Qualcomm, AMD, Cypress, etc, in addition to home grown companies such as BHEL, BEL, HBL, ECIL, C-DAC, etc. Recently, Hyderabad attracted investments from giants such as Apple, Micromax, etc, and has cemented its position as a promising electronics investment zone on the global map.

Telangana aspires to achieve the following by 2020:

b) Skilled workforce
Create the environment to ensure the availability of low cost and skilled manpower through:

In order to achieve the above goals, the state government has identified five key focus areas:

This is expected to encourage local industries to penetrate global markets—not only on the basis of value and cost, but also on the strength of customisation. The state government, after elaborate discussions with the respective stakeholders of the electronics sector, such as TELMA, ELCINA, MAIT, ICA, IESA, etc, is providing the following incentives to the state’s electronics industry.

Financial incentives under MSIPS
The districts of Hyderabad, Ranga Reddy and Medak have been notified as brownfield EMCs and are eligible for the financial incentives offered under the government of India’s MSIPS scheme. Manufacturers of electronic products will be provided incentives up to 20 per cent of capex for SEZ based units, and 25 per cent of capex plus reimbursement of excise/CVD on capital equipment for non-SEZ based units.

Development of electronics manufacturing clusters by MSMEs
The following incentives will be given to develop EMCs:

Reimbursement of expenses that MSMEs incur for the testing and certification required for exports
Under this, the following reimbursements will be made:

Reimbursement of expenses relating to compliance with ‘Indian Standards for MSMEs’

Specific incentives for mega projects and other areas of strategic importance in Telangana
The state government will also extend tailor-made benefits to mega and strategic projects to suit particular investment requirements, on a case to case basis.

Special incentives shall be provided to the following areas:

The incentives for mobile manufacturing units are as follows.
Power subsidies: Power will be supplied at an average cost of service (as fixed by the Telangana State Electricity Regulatory Commission). Alternatively, the units can avail 25 per cent power subsidy for a period of three years or ₹ 300,000, whichever happens earlier.
Reimbursement of costs for quality certification: Mobile manufacturing units must develop a system of self-certification, outlined by the Industries Department, in consultation with the concerned departments, subject to the unit complying with all the provisions that are mandated for these units.
Stamp duty: The state will reimburse 100 per cent stamp duty.
Patents: The state will reimburse 100 per cent of the costs of filing for patents, limited to a sum of ₹ 500,000.
Capital subsidy: The state will allow a 20 per cent capital subsidy, subject to a ceiling of ₹ 100 million per company (including subsidiaries and ancillary units).
Interest subvention: The state is offering an interest subvention of 5.25 per cent per annum on term loans for a period of five years or till reaching 50 per cent of the capital involved, whichever happens earlier, subject to an overall ceiling of ₹ 10 million per unit per annum.
Reimbursement of net VAT: The manufacturing unit can deposit the tax for the first quarter and reimbursement of net VAT will be credited at the end of the quarter, subject to adjustments depending upon the actual incidence of taxation. Effectively, it means reimbursement of net VAT on a quarterly basis, and this will be applicable for the first five years without any investment limit.

The state government will also support R&D institutions in the following ways:
Promote innovation in the electronics sector through awards, by way of grants.
Assistance of 20 per cent of the project cost, or up to ₹ 1 million, whichever is lower, for sponsored research work by any industrial unit for government R&D institutions/government technical colleges.

This is the Telangana State Industrial Project Approval and Self-certification System (TS-iPASS), which will soon be strengthened by way of legislation. A Right to Single Window Clearance, on the lines of the Right to Information, will be bestowed for all applicants. Penal action will be imposed on the concerned officers who delay applications.

CCESDM: An empowered ‘Consultative Committee on Electronics System Design and Manufacturing (CCESDM)’will be formed with the representatives of the electronics industry and other stakeholders. The CCESDM will administer the incentives in a speedy, time-bound and transparent manner.

Such applications shall be prima facie scrutinised by the sub-committee of the CCESDM, headed by the secretary, Department of ITC&E (IT, Communications and Electronics), in association with industry representatives, for eligibility, veracity of technical/financial information, etc, before being placed before the CCESDM for consideration.

Time-bound approvals: The following procedural reforms will be undertaken with the aim to provide approvals to the industry/investors within the timeline as mentioned under TS-iPASS:

A provision will be made in the relevant legislations or rules that in case the required approvals are not granted within four weeks of receiving a completed application, the approval will be deemed to have been granted.

Telangana bets big on renewable energy
In just three and a half years, Telangana is a leader in solar power generation. The state already has an installed capacity of 3.2GW, and if the plans go through, additional solar capacity is likely to be added by the end of 2018. The state plans to have 5GW of solar capacity within a couple of years. By achieving 3.2GW, it has the highest capacity in the country, beating Gujarat, Rajasthan and Andhra Pradesh in the solar energy sector. Telangana has not gone for mega solar parks but has opted for a ‘decentralised model’ wherein it assesses the extra demand in different parts of the state and floats tenders accordingly.

Telangana’s Electricity Regulatory Commission (ERC) had set the target for renewable energy generation at 5 per cent of the total energy produced in the state. But the state has surpassed that to achieve 6 per cent. In this, solar power accounted for 3.4GW and wind power 100MW. The Centre had taken a decision that renewable power generation should be 30 per cent of total power produced by 2020. Till last year, Telangana was in fifth position in solar power generation.

At the time of state-formation, it was thought that Telangana would face a severe power crunch. But within three and a half years, it became a power surplus state and initiated 24-hour power supply to all consumers, including the agri sector (free of cost).

Telangana is now planning to develop solar power storage capacities with the help of battery assisted systems. Since there is a mismatch between the peak demand hours and the electricity generation period for solar power, the state needs new technologies to store solar energy and utilise it at the time of increased demand.

The spotlight is on EVs
Telangana has hopped onto the electric vehicle bandwagon and has become the fourth state in the country to announce its own EV policy on June 29, 2018. The newly formed state is ready to roll out a range of benefits to push forward the country’s relatively nascent EV infrastructure. These include incentives for vehicle manufacturers and sops for EV charging infrastructure providers.

In October 2017, when the state announced its draft policy, Jayesh Ranjan, the state’s IT and industries secretary said that the electric vehicle policy has three components — one for manufacturers, another to support users who want to shift to electric vehicles, and a third for support infrastructure.

In a bid to promote electric vehicle (EV) manufacturing, the state government will assist private firms to set up manufacturing units in Telangana by providing long-term leases on government land at subsidised rates and a battery disposal infrastructure, among other incentives. These policy initiatives are in the last stages of consideration by the state government. While land will be leased out for setting up of charging or swapping infrastructure, battery disposal infrastructure will come up on a PPP model.