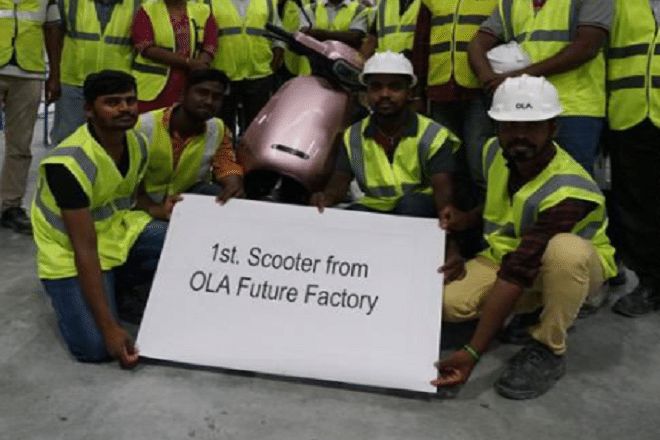 “Next if you set up all men car factory and refuse entry to women, all world will be up in arms. But no ones speaking up against this big employment opportunity reserved entirely for women”

Bhavish Aggarwal of Ola recently took to social media to announce that Ola Future Factory will be run entirely by women. The company has already inducted the first ‘batch’ of women which will be working in the factory.

“Aatmanirbhar Bharat requires Aatmanirbhar women! Proud to share that the Ola Futurefactory will be run ENTIRELY by women, 10,000+ at full scale! It’ll be the largest all-women factory in the world!!,” read a social media post Aggarwal.

While another wrote, “Next if you set up all men car factory and refuse entry to women, all world will be up in arms. But no ones speaking up against this big employment opportunity reserved entirely for women.”

Aggarwal’s post on the social media (LinkedIn in this case) is full of mixed responses. A lot of the comments on the post have praised the company while some have also asked questions and raised concerns.

On August 15, the company had announced its foray into the green mobility space with the launch of its first electric scooter, Ola S1. The company had launched the Ola S1 electric scooter in two variants — S1 and S1 Pro — at prices Rs 9,999 and Rs 1,29,999, respectively (ex-showroom including FAME II subsidy and excluding state subsidies).

The company had earlier stated that it would initially start with 10 lakh annual production capacity and then scale it up to 20 lakh, in line with market demand, in the first phase.

Ola aims to launch 10,000 electric vehicles in next 12 months