The latest addition to the company’s Xero series of electric scooters, Trend E is powered by a lithium-ion battery and boasts a top speed of 45 Kmph. 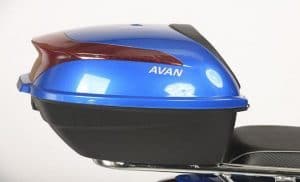 The scooter can be booked from today onwards for a token amount of Rs 1,100.

The latest addition to its Xero series of electric scooters, Trend E is powered by a lithium-ion battery and boasts a top speed of 45 Kmph. This is the company’s third e-scooter after the Xero and Xero +.

The e-scooter comes with a choice of two battery packs

The e-scooter comes equipped with a hydraulic telescopic front suspension and a coil spring rear suspension. Additionally, the scooter is furnished with alloy wheels, with disc and drum brakes on the front and rear wheels, respectively. It can carry a maximum payload of 150kg, the company claims.

Commenting on the launch earlier this month, Pankaj Tiwari, Business Development Head, Avan Motors, said, “With the Trend E, the latest electric scooter in the Xero series, Avan Motors’ extensive R&D has led to the creation of a scooter that’s a powerful mix of technology and design to meet the needs of the modern rider. Every feature in the Trend E scooter has been added after careful consideration of the requirements and preferences of riders, in order to facilitate a superlative commuting experience.”