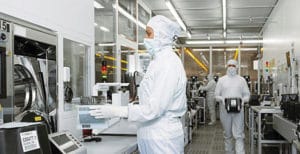 COVID-19, from the large family of coronaviruses (CoV), has now become a threat to humans and to the global economy. Because of lower production, China’s GDP is speculated to drop by 1-1.25 percentage points. Most of the provinces and hubs of electronic component production in China went into lockdown after the virus outbreak. This will obviously hit the global economy as China accounts for approximately 19.71 per cent of global GDP at purchasing power parity. Hence, experts speculate that global GDP will drop by around 0.5 per cent during the course of this pandemic. Industry experts claim that the virus outbreak will also impact the Indian electronics industry on a massive scale.

China is the world’s largest exporter and the second-largest importer of goods, accounting for 13 per cent of the world’s exports and 11 per cent of its imports. The lockdown in China will affect around 500 million people within the country, deeply impacting its consumption of goods. Many global companies that have operations in India opine that the Indian market will also be impacted because we too rely a lot on China and other countries for most of our electronic components. On the other hand, many domestic electronic companies feel that the Chinese lockdown will boost the Indian market and help its growth.

In support of the latter view, Amitansu Satpathy, director, Best Power Equipments, says, “The coronavirus started in China, which is the industrial hub of the world. As most of the western markets have been depending on a single source for manufacturing, i.e., China, I am sure that following this epidemic they will try to look to other destinations as well, in order to mitigate their risks, in the future. The coronavirus is actually going to help the industrial sector in India, as the world will be able to look at India as an alternative to China. One big advantage is also the fact that we have a big domestic market. In case our products are not sold in foreign destinations, they can certainly be sold in the Indian market.”

The research and analytics firm CRISIL stated to the ET that about 18 per cent of India’s total merchandise imports are from China. India had a trade deficit of US$ 159 billion with China, as of the end of 2019, and it remains a net importer from China (including Hong Kong). Against this backdrop, the worst hit are industries in electronics, consumer durables, auto components and pharma.

The electronics industry in India is one of the important sectors that is under immense stress. Rajoo Goel, secretary general, ELCINA, says, “As a result of the coronavirus outbreak, the sector is in dire straits as the entire supply chain is now severely affected. Even those supplies that have already arrived in India require an advanced level of sanitisation before they are allowed to be dispatched to various markets. The tragedy is that no worker is willing to touch any device sourced from China, as of now.”

The obstacles that the Indian electronics sector faces

One of the biggest challenges for the Indian electronics manufacturing sector is its excessive dependence on imports. China is the largest manufacturer of electronics in the world and also the largest exporter. India imports almost US$ 60 billion worth of electronic equipment, assemblies, components and raw materials every year, and a majority of this is sourced from China. 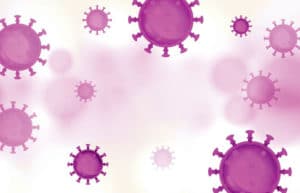 Wuhan is a major manufacturing centre for the electronics industry and companies based there are important suppliers for Indian manufacturers. MSMEs are bearing the brunt of the disruption in supplies caused due to the coronavirus, which has resulted in the lockdown of several cities and towns. MSMEs have limited resources and generally do not have many suppliers or alternative sources. The only saving grace has been that the COVID-19 outbreak happened just before the Chinese New Year holidays when Indian companies usually arrange for extra stocks on account of the holidays.

Praveen Madan, country head, SMT division, Juki India, says, “As mentioned on many occasions, currently, India does not have the complete capability nor the manufacturers to support electronics manufacturing. About 70-80 per cent of the electronic components come from China and most of the Indian companies are only doing final assembly and testing. This is also the situation in the automotive industry, where typically, about 40-50 per cent of the parts are imported from China or overseas. Companies stocked the parts for about 30 days before the Chinese New Year in 2020 but due to the COVID-19 break-out, Chinese companies have not yet started operations so there is a serious shortage. Parts have become expensive too, and this is worrying domestic manufacturers.”

ELCINA believes that the demonetisation shock and the adjustment to GST processes and compliance requirements have played out largely, and Indian businesses have adjusted to these mega changes. However, many companies in the electronics sector have been facing a depressed market and, to that extent, the COVID-19 epidemic is an added challenge, making things even more difficult.

The crisis is now across the value chain, and this is not only due to the shortage of material supplies but also due to restrictions in travel for technical staff who are working on various projects and setting up manufacturing facilities and equipment. Also, the impact could vary from one segment to another, depending on the extent of localisation achieved. For example, import dependence is higher in case of mobiles and the IT/computer segments, as compared to consumer electronics as well as industrial, power and automotive electronics.

The impact on the Indian economy

Market experts have already stated that this global pandemic will impact India, though there is a chance that the situation will be under control by the end of April. India imports components from various parts of the world for the top 20 products that it makes, in which China accounts for the most significant share. Of our country’s total electronic imports, 45 per cent are from China. Around one-third of machinery and almost two-fifths of organic chemicals that India imports, come from China.

Countries like USA and China, currently the two largest economies in the world, have observed a dent in trade and manufacturing.

Since the situation is still evolving, how the pandemic will hamper the market eventually can only be speculated on, but it is certain to damage economies in the long run. This disruption will have far reaching consequences so it’s important to be ready with contingency plans.

The leading consumer electronics and smartphone companies in India have announced a decrease in production and there is a high chance that the launch of new products will be delayed. China produces 75 per cent of the total value of the components used in TVs and almost 85 per cent, in the case of smartphones, claims the ET. In fact, the pivotal components such as mobile displays, open cell TV panels, printed circuit boards, capacitors, memory and LED chips, are all imported from China. The market lockdown has forced Chinese vendors to increase the cost of components by 2-3 per cent due to the shortage of supplies. This will ultimately increase the prices of Indian electronic products.

The giant manufacturers such as Panasonic, Haier, Samsung, Voltas and LG have decided to raise prices of their products by 3-5 per cent, depending on the models, which implies a hike of Rs 3000- Rs 4000 on premium and flagship models. The Budget had increased the import duty on refrigerator and air-conditioner compressors from 10 per cent to 12.5 per cent. On motors used in washing machines and some other products, the import tax has gone up from 7.5 per cent to 10 per cent.

Sunil Patwari, CEO, Rashmi Rare Earth Limited, says, “As the coronavirus outbreak forced China to completely shut down its operations, electronics manufacturing companies in India are facing supply disruptions, sky-rocketing prices for imported goods, and production cuts. The domestic electronics manufacturing companies depend on China to source a large part of their raw materials, so the restrictions imposed by the government as a precautionary measure is a huge setback on the manufacturing front. Due to the prevailing situation, there has been a negative impact on production, thereby impacting prices for existing products, revenues and, further, the overall economy.”

Electronics manufacturing companies usually stock raw materials and components to ensure continuous production for two to three weeks, but the extended period during which the coronavirus-linked shutdown was enforced, is hampering the entire process.

What the experts say

To stabilise the situation, ELCINA believes that there is definitely a need to step back and re-strategise. A spokesperson from the association says, “We need to accept that the short-term policy that we have followed by continuing to depend on imports from China is high-risk and unsustainable. The industry is in touch with MeitY and the government is fully aware of the current

situation. It is also working on some immediate measures to help in the shipment of goods from China to India. MeitY has also taken up the matter with the Ministry of Civil Aviation to arrange for air cargo facilities to lift consignments from China to India. But that cannot solve the problem if the sources from China dry up due to the shutting down of their factories.”

He adds, “We need supportive policies as well as the political will, backed by adequate financial resources to ramp up the industry over the next ten years, till we become strong and self-propelled. We hope that the implementation of the National Policy on Electronics 2019 (NPE 2019) will give the required and urgent impetus, and also help us to overcome the COVID-19 crisis and take us into a higher orbit.”