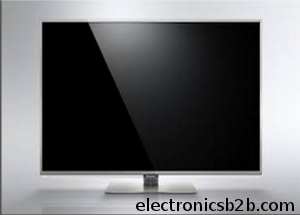 Tuesday, December 17, 2013: Ever since the government lifted duty-free import of high-end flat screen plasma televisions back in August, domestic production of LCD/LED TV panel’s has gone up by 20 per cent during the September- November period.

Anirudh Dhoot, president of Consumer Electronics and Appliances Manufacturers Association (CEAMA) told PTI, “After the government imposed duty finishing free baggage allowance, there was a rise of 20 per cent in the sales of the panel’s in last three months (September-November).”

The main aim to ban duty-free import and imposing a levy of 36.05 per cent was to encourage domestic production of high-end flat screen plasma TVs. Dhoot told PTI that the biggest beneficiaries of this were companies like Samsung, which has two big production units in India.

“This has also helped the domestic companies to boost their production by raising their installed capacities,” Dhoot added. He even predicted that demand of electronics in the Indian market will rise to $125 billion in the next 2-3 years and may go up to $400 billion by 2020.

“This experience of growth is driven by surge in disposable income level, changing lifestyles, the aspirational values of electronics goods and availability of the credit facility,” said Dhoot.