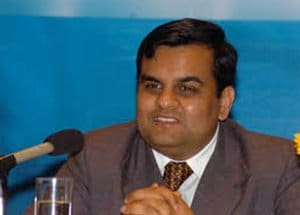 Friday, December 20, 2013: For the third consecutive year, Anirudh Dhoot has been re-elected as the president of Consumer Electronics and Appliances Manufacturers Association (CEAMA). He was announced the president at the 34th Annual Function of CEAMA.

According to the report shared by Arthur D little, consumer durable segment is the fastest growing sector in India. This sector attracted significant investments even during global recession.

During FY03-FY13, the industry expanded at a healthy CAGR of 13 per cent, lightreading reported.

There were a few points that were noted in the report for improving the industry. Here they are:

Infrastructure development – Factors like lack of adequate physical infrastructure are affecting the competitiveness and productivity of the domestic home appliances industry in India. The need of the hour is uninterrupted power supply for operating manufacturing units since it hits the manufacturing processes.

Raw material, components and machinery- Other factors that affect the quality and productivity of the sector are weak supply chain network and lack of vendor support. It was said that there should be hassle free import of raw material and components, which can be achieved by streamlining the import policy and simplifying the process.

Skill development and training of manpower- It is important to achieve the necessary ‘scale’ and ‘speed’ and to also target skill development at all levels and implement vocational education in schools.

R&D and Technology Up gradation- Things like technology transfer, R&D and IPR creation should be incentivized by government by means of friendly tax regime.

Productivity Enhancement for Raising Profit Margins-Industry bodies, manufacturers and government should roll out a number of strategic initiatives.

Contract manufacturing- Labour policies in India are not favourable for manufacturing in comparison to other countries like China. There is need for flexible labour policies to allow manufacturers to restructure labour force in response to the market demand.

Anirudh Dhoot, president CEAMA and director, Videocon Industries, said, “We, at CEAMA have made efforts to promote the growth and development of electronic hardware industry in the country. The industry has reached an annual turnover of Rs 450 billion and I would like to express my gratitude towards the Government for the initiatives taken towards the improvement of this industry.”