Demand for wireless CCTV cameras yet to pick up in India 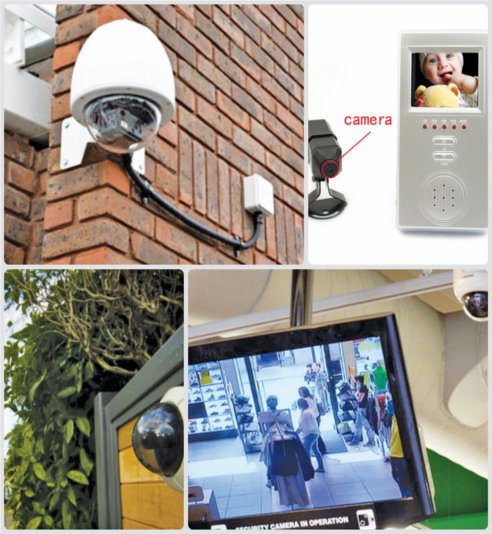 Though wireless cameras have potential in India, so far, their adoption rate has been disappointing. However, this segment is forecast to grow faster in the coming years, thanks to the booming demand for security

Friday, November 22, 2013: Ease in deployment, hassle-free installation and portability make wireless CCTV cameras an instant hit in the security market. While upgrading from wired CCTV surveillance solutions to wireless, these cameras are preferred due to the innumerable benefits that come with these intelligent and flexible systems. Though wireless cameras have a big potential market in India, their adoption so far has been disappointing. However, this is expected to change soon, thanks to the booming demand for security solutions and the falling costs of installation for these cameras.

Factors that lead to demand

Wireless cameras are constantly improving on features like affordability and quality. These devices are comparatively small and are easy to set up, even for those with limited technical knowledge or ability. One of the major advantages of wireless security cameras is the option of positioning them anywhere within range of a wireless receiver. With existing power points, one can just plug in and the camera starts working on the existing network. Thus, improved video surveillance coverage (especially where cable placement is difficult), support for temporary monitoring of locations, support for integration with specialised video surveillance and mobility services applications are some of the benefits that have been driving the growth of wireless CCTV cameras.

Homes and corporate houses are the biggest buyers of wireless CCTV cameras. These products are generally imported from countries like China, Japan, Taiwan and Korea.

Ashish P Dhakan, managing director and CEO, Prama Hikvision India Pvt Ltd, holds a similar view. “India is slow in adopting new technologies. For example, IP cameras have been available in India since a long time, yet, demand for them has still not picked up. They only have a 15-20 per cent market share in India, and of this only 1-2 per cent of the market is opting for wireless CCTV cameras.” According to him, lack of awareness about the technology is probably the major reason for this slow growth. “Users also do not have faith in the technology as it is perceived to be vulnerable to hacking,” he says.

Wireless security cameras function best when there is a clear line of sight between the camera(s) and the receiver. Outdoors, and with clear line of sight, digital wireless cameras typically have a range between 76.2 m and 137 m (250 to 450 ft). Indoors, the range can be limited between 30.5 m and 45.7 m (100 to 150 ft). The signal range varies depending on the type of building materials and/or objects the wireless signal must pass through.

As far as technology is concerned, wireless CCTV cameras have advanced tremendously. Speed, quality compression, bandwidth and performance are some of the areas where these cameras score. As everything is moving towards Wi-Fi and Wimax, wireless surveillance systems give users the freedom to configure the camera in the existing network and access it over their mobiles, smartphones or laptops.

Wireless cameras offer better output in terms of video and picture quality. Shares Anand Navani, country manager, Verint Systems India Pvt Ltd, “With compression rates of H.264 and H.264, these devices have high performance capabilities, and offer a better output at reduced bandwidth. Also, as these cameras are not connected through signal cables, there is no signal drop which, in turn, helps in live streaming of videos without any loss of information and data.”

Wireless surveillance systems can use both analogue and Internet Protocol (IP) based cameras. In analogue wireless security cameras, images are sent via an analogue signal to the digital video recorder (DVR). The DVR then transmits it over the Internet as one Internet Protocol (IP) address system. This typically costs less per camera. However, IP digital cameras have a higher resolution than analogue cameras and are less susceptible to interference from other wireless devices. “Analogue wireless cameras have limitations as they do not work beyond a range of 40-50 m, which restricts their usage. IP wireless cameras work well without any restriction. The only thing that needs to be taken care of is that the camera is compatible with the Wi-Fi router,” shares Pranav Verma, executive director, Vantage Integrated Security Solutions (P) Ltd.

A major limitation of a wireless CCTV camera is that the transmitter must be in line of sight with the receiver. No walls, trees or any obstacles can come in between the two components.

The second challenge is that in some instances a DVR can pick up the signals from a wireless camera, thereby compromising the security of the transmission. A third party wireless receiver can also pick up these signals. As a solution, an encrypted transmitter and receiver can be used, but these are costly. Also, if the frequency of the transmission is known, it can be blocked by a tech-savvy individual. Some wireless cameras allow for the user to change the frequency in order to prevent transmission blocking. Informs Hemendu Sinha, “Typically, wireless systems work on the 2.4GHz frequency, which can be intercepted easily, especially when deployed outdoor. Interference can come from a plethora of sources, including cellphones, adverse weather, close proximity to power lines, etc. As these signals can easily be intercepted, the information that the user receives may not be safe or accurate.”

Last but not the least is the cost of a wireless system, which is two to three times more expensive than a wired system.

What a buyer should consider

It is very important for a buyer to know the capabilities and the features of the cameras available. And they must also know where the camera needs to be installed. Indoor wireless cameras ensure greater stability and are less prone to interceptions, while outdoor wireless cameras face signal interference and interception challenges. It is necessary to check that the camera is weather resistant, provides night vision or a clear evening view, and gives good coverage with tight close views of all access points like front and back doors. During installation, it must be ensured that the line of sight is clear, without any obstruction.

Also, if you plan to access wireless cameras from a smartphone, laptop or tablet, it is important to choose a system with remote access capabilities. Suggests Anand Navani, “Most DVRs today have a LAN connection. This allows the user to plug into an Internet router, which allows you to watch live footage or recordings on a laptop or smartphone wherever there is an Internet connection.”

Evaluating the Market Capacity of Supercapacitors