STB manufacturing yet to pick up despite demand 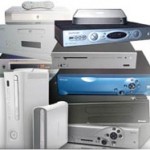 In the past couple of years, there has been a phenomenal shift from analogue cable signals to digital transmission using set top boxes (STB) as the underlying technology. Though growth in developed economies has been tremendous in India, the STB market penetration is mainly driven by DTH pay-TV business, which is expected to cross 30 million subscribers by the end of this year, thus registering a stable growth rate of 10 million units per year. Today, the STB market in India is moving towards high definition televisions (HDTV) and personal video recorders (PVR).

Monday, September 12, 2011: According to Vivek Sharma, regional vice president, Greater China and South Asia, India operations, STMicroelectronics and director, India design centre of STMicroelectronics, “…the increasing sales of HDTVs also contributes to the demand for HD and 3D enabled STBs. We expect the STB market in India to grow at a CAGR of more than 25 per cent for the next five years.”

Non-availability of cable in many areas has helped in the increased use of DTH. Doordarshan also started a free-to-air service which had made TV penetration into remote villages possible. Today, India has about 130 million TV households, of which analogue cable accounts for approximately 84 million households. DTH, on the other hand, reaches about 24 million homes and digital TV households number about 1 million. This has given rise to increased usage of STBs.

The demand for STBs is also swelling due to increased sale of LCD TVs. STBs are increasingly seen as easily deployable in living rooms, fuelling the consumer’s appetite for high quality digital pictures. Once addicted to digital pictures, a consumer can never settle for standard definition (SD) quality. The increase in digital TV homes has further boosted the growth of STBs. Other than the clarity of digital pictures, the availability of more channels, online movies and the affordability factor have all hiked the demand for STBs over analogue television.

By 2013-2014, the digital TV industry is projected to grow from the current 106 million customers to 135 million, and DTH would have 54 million customers, up by 30 million from the current base of 24 million. The Telecom Regulatory Authority of India (TRAI) has clearly mandated the complete digitisation of cable and has set the sunset date, after which all cable users will have to migrate to digital cable. Coupled with incentives and the boost given by the government, multi-fold growth is anticipated in the coming years. Yet, not much of STB demand is being met by local manufacturers.

No doubt, manufacture of STBs in India is lagging behind demand. For the Doordarshan free-to-air service, STBs are manufactured in India by contract manufacturers, but they have very little experience in making conditional access system (CAS) boxes.

According to Amit Kharbanda, executive director, MyBox Technologies Pvt Ltd, “For the last few years, manufacturing of STBs for Tata Sky and Hathway is being undertaken by Korean vendors like Kaonmedia, Humax and Thomson. The rest of the STBs for DTH and cable operators are being imported. For those boxes being manufactured in India, basically EMS is being done on a complete knock down (CKD) basis. Unfortunately, R&D for these boxes is also done by these Korean companies.” MyBox Technologies is into manufacturing and developing the product inhouse, sourcing hardware and software locally with support from both imported and local component vendors.

Videocon has also been developing and manufacturing STBs inhouse for its own DTH services. The company is viewed as one of the leading DTH service providers. “Videocon DTH has always been a brand with mass appeal. We at Videocon keep in mind our target segment while launching and pricing the products. The most important consideration for Videocon DTH is that the services provided should be at par with the best, in this cluttered and growing DTH industry,” informs Surabh Dhoot, director, Videocon Group.

However, India has the capability to start manufacturing STBs with a little government support and the right support from the industry in developing both hardware and software. “At present, DTH STBs are being manufactured in India, whereas cable STBs are still being imported. Television manufacturers worldwide are looking at integrating the STB into the TV itself. Once the digital video broadcasting common interface plus (DVB–CI+) technology is accepted as standard, the need for entry level, standalone STBs could be eliminated. In fact, manufacturing for captive consumption has already been started in India,” informs Sudhir Gosar, head, technology operations, Reliance Big TV.

The economic growth of India has to be backed by domestic manufacturing. Localised products have better flexibility, quality controls, reduce the use of foreign exchange, offer better inventory management, faster ramp up time periods, better cash flow and serviceability, among other factors. These are hidden costs, that if avoided, can easily save money for the operators. Besides, there are various limitations while depending on imports. For instance, with a distant manufacturing base (from the customers), it takes a longer time to realise products because imports involve heavy transportation costs and long lead times. Thus, local manufacturing will not only help in employment generation but also help in generating revenue on excise duty. At the same time, it will help in reducing foreign exchange outflow.

Though Indian industry is positive about manufacturing gearing up to the higher demand, there are a few challenges that manufacturers face. Apart from labour, price competitiveness is a major obstacle. Moreover, the requisite ecosystem does not exist in India, with respect to the ready availability of components and, hence, importing these components is the only viable option. India has no advantage compared to China, except for the vertically integrated players, who are making devices with STBs integrated into them. However, if the boxes are made in India, the industry could have a just-in-time advantage, if the component availability is ensured.

There are still many hurdles to cross in realising a matured ecosystem for STB manufacturing and deployment. Government support and TRAI’s digitisation drive can help DTH industry gain momentum. But in order to develop this industry, the entry of OEMs is important.

However, once manufacturing of STBs takes off, it would provide huge opportunities for the export of this product. Already, one EMS company is exporting STBs in large numbers to the US and EU countries. This is a great opportunity for the industry, with many major countries announcing their analogue switch off dates.