India is one of the fastest growing markets for electronics in the world. The electronics system design and manufacturing (ESDM) environment needs to grow a lot more to meet India’s domestic electronics demand as well as to build capacity to export. The National Policy on Electronics (NPE) aims to transform India into a premier ESDM hub. Introduced in 2012, the NPE has been significantly supporting Indian ESDM players. This February, an upgraded version – NPE 2019 – has been approved by the Union Cabinet, which promises to change the pace of growth.

The electronics industry has congratulated the Ministry of Electronics and Information Technology (MeitY) and welcomed the announcement of the new electronics policy (NPE 2019), which was approved by the Cabinet at the end of February 2019. While NPE 2012 had a wide range of schemes for investment promotion, infrastructure creation, skills development, promoting R&D and more, it was constrained by procedural complications. The implementation of the policy was hampered by a sporadic flow of funds to the applicants and hence resulted in limited success.

The new electronics policy improves on the NPE 2012 initiatives to promote domestic manufacturing and exports across the entire value chain of the electronics system and design manufacturing (ESDM) industry. But how exactly is NPE 2019 different from NPE 2012? How can market players leverage these modifications? We help you find the answers in this report.

Strengthening the electronics design ecosystem
The schemes or programmes that were launched by NPE 2012 successfully laid the foundation for a competitive Indian ESDM value chain. The government now seeks to build on that with an upgraded policy.

The latest draft of NPE 2019 sets new goals. It aims to make India a global leader in the field of ESDM by:

For example, NPE 2012 had aimed to achieve US$ 400 billion in revenues in the domestic electronics manufacturing industry by investing US$ 100 billion in the ESDM sector and creating jobs for 28 million people by 2020. However, the new NPE is designed to extend the deadline and achieve US$ 400 billion in revenues by 2025. This will include targeted production of 1 billion mobile phones by 2025, valued at US$10 billion, including the export of 600 million mobile phones.

The NPE 2019 also aims to encourage industry-led R&D and innovation in all electronics sub-sectors. It plans to create an ecosystem favorable for entrepreneurship in emerging technologies like the IoT, artificial intelligence (AI) and machine learning with a focus on solving real-world problems and boosting applications in areas such as health, smart city automation, defence, and agriculture. Apart from broadening the VLSI design base in the country by linking a larger number of colleges and institutions with industry, NPE 2019 also targets the setting up of incubation hubs and Centres of Excellence (CoEs) in the country, which will provide the necessary EDA tools, IP-creation, prototype building and assembly, test, mark and pack (ATMP) facilities required for startups.

The NPE 2019 goes beyond the scope of NPE 2012, aiming to achieve US$ 55 billion in revenue in the very-large-scale integration (VLSI), embedded chip design and embedded software industries by 2020. It also aims to build up a strong raw material, parts and electronic components supply chain that will increase the local supply of these inputs from 20-25 per cent in 2020 to 60 per cent by 2025.

The government aims to make India a global leader in the field of electronics manufacturing services (EMS) by gradually increasing the level of value addition in the manufacture of electronic products. For the purpose, it will provide policy support and a package of incentives for capital intensive projects.

NPE 2019 focuses on promoting research and innovation in the packaging, interconnect and micro-photonics sectors to address the long term problems posed by the continued reliance on silicon.

Focus on mobile manufacturing
Half of the new policy’s ambitious goal of US$ 400 billion in revenues by 2025 is expected to be met by the booming mobile handset segment.

According to the Indian Cellular and Electronics Association (ICEA), till 2017, under NPE 2012, India had managed to save ₹ 3 trillion worth of foreign exchange by cutting down on electronics imports. The local value addition has also been on the rise–from ₹ 120 billion worth of local production in 2012 to ₹ 1.26 trillion worth of handsets manufactured locally. However, these numbers do not factor in the cost of importing mobile components.

In the new NPE, the government plans to increase component production to curb imports from Asian neighbors such as China, Vietnam, and Taiwan. Since the introduction of the Phased Manufacturing Programme (PMP) in India in 2016-17, annual import tariffs on components have increased.

NPE 2019 also aims to provide better facilities and local support to private operators in India. The policy identifies some key challenges like lack of adequate infrastructure, a strong supply chain and logistics; high capital costs, low quality, inadequate manufacturing of parts and components, limited focus on industry R&D and high market access, which have led to limited growth in local manufacturing in the Indian electronics industry so far.

Interest subsidy and credit default guarantee to replace MSIPS
Under the Modified Special Incentive Package Scheme (MSIPS) launched in 2012, a 25 per cent capital subsidy was offered to electronics companies in non-special economic zones and 20 per cent to those in the special economic zones (SEZs). According to the Ministry of Electronics and Information Technology, till September 30, 2018, 265 applications with a proposed investment of ₹ 619.25 billion had been received under MSIPS, of which 188 applications with proposed investments adding up to ₹ 409.22 billion have been approved. So far, investments amounting to ₹ 83.35 billion have been made by 139 applicants, after approval.

In NPE 2019, the government plans to replace the MSIPS with programs that are easier to implement, such as an interest subsidy and credit default guarantee, etc, to encourage the expansion of existing units in the electronics manufacturing domain. Sanjiv Narayan, CEO and managing director of SGS Tekniks, says, “Small companies have a problem in getting credit because of the need for guarantees. This new policy seems to offer wider support. The government definitely wants to see the overall growth of the electronics sector, and we’re hoping it will do enough to make that happen.”

According to MeitY, India’s electronics hardware production has increased from ₹ 1.90 trillion in 2014-15 to an estimated ` 3.87 trillion in 2017-18, registering a compound annual growth rate (CAGR) of 26.7 per cent—compared to a global average growth rate of 5 per cent. These figures highlight the success of the NPE 2012. However, the size of the electronics industry in India remains a meager 3.4 per cent of the global industry. The NPE 2019 aims to improve these figures substantially.

Plans for a revamped EMC scheme
The Electronics Manufacturing Cluster (EMC) scheme was also launched in 2012 to improve the country’s infrastructure. So far, 20 greenfield EMCs and three brownfield EMC projects have been approved, with project expenditure amounting to ₹ 38.98 billion, including ₹ 15.77 billion from the Centre. Under this scheme, 3,565 acres of land has been developed in EMCs with an approximate investment of about ₹ 548.36 billion from the manufacturers.

In NPE 2019, the government has planned to provide support for infrastructure development through the formulation of a new scheme or by suitable modifications in the existing Electronics Manufacturing Clusters (EMC) scheme. This will include leveraging the existing as well as upcoming industrial clusters, manufacturing zones and corridors in the country, with provision for ready factories, to attract investments in the complete value chain of identified verticals.

Support for startups too
According to sources involved with the Electronics Development Fund (EDF), which promotes entrepreneurship and innovation, 13 child funds have been approved till date, with an EDF commitment of ₹ 85.7 billion. Of these funds, an amount of ₹ 69.51 billion is expected to be for startups.

Under the terms of the new policy, the government wants to give a boost to the Indian fabless chip design industry by providing the requisite support in the form of electronic design automation (EDA) tools and fab support for early-stage startups.

Export strategy needs clarity
Permitting duty-free import of second-hand capital goods for electronics hardware manufacturing under the Export Promotion Capital Goods (EPCG) Scheme, and entering into Free Trade Agreements (FTAs) with the EU, Africa, South America, etc, are some of the current policies being followed by the Indian government.

Other proposals include providing support for brand building and promoting investments in electronics manufacturing and exports, relaxing procedures for the relocation of electronics hardware manufacturing units from other countries to India, relaxing the aging restriction on imported electronic goods for repair or reconditioning, and providing export incentives for fabless chip design companies.

Other focus areas
The NPE 2019 has focused on aspects like cyber security, risk capital and PMA (preferential market access) for startups, IT services and more. For cybersecurity, the government has focused on securing India’s digital infrastructure and strategic sectors like defence. It also addresses the issue of the cash crunch that SMEs and startups face due to the lack of risk capital. The policy aims to empower businesses across sectors like telecom, medical and automotive.

NPE 2019 also opens up opportunities for bringing together IT and ESDM. According to Rajesh Ram Mishra, president, IESA, this can be done by creating specific financial incentives for the IT services majors of India to foray into design and manufacturing of ESDM products. He says, “The top 10 IT services firms of India have the design expertise, market access and, on an average, they are sitting on US$ 1.5 billion of liquid cash.”

The NPE 2019 promises a lot and has laid out its strategies to achieve its ambitious vision, mission and objectives. However, it seems to be still in the process of identifying all the loopholes in the NPE 2012, and coming up with a strong strategy to counter these. 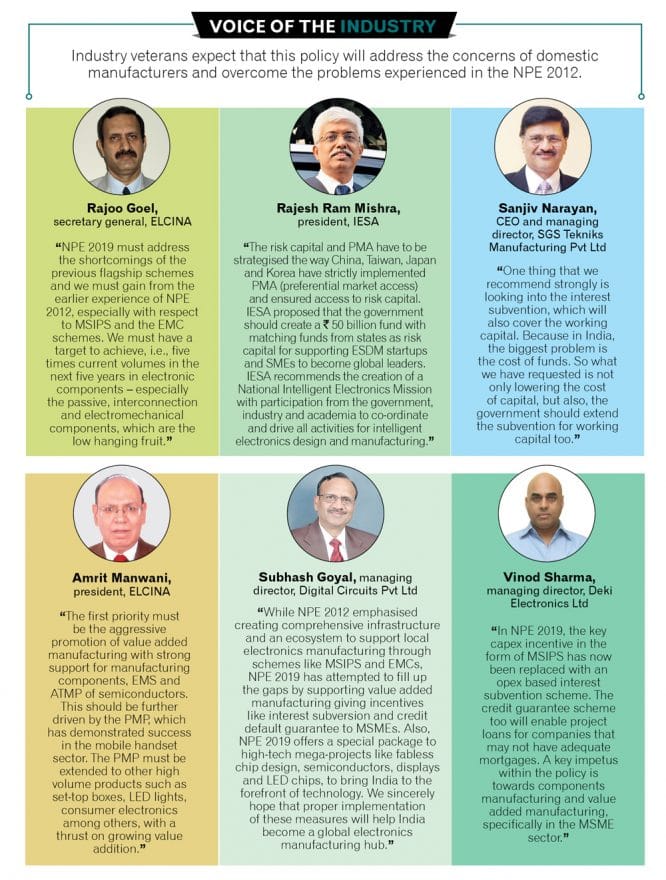 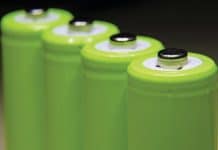 Honda And SNAM Team Up For EV Battery Recycling Initiative 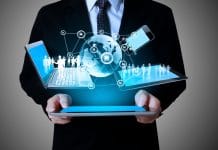 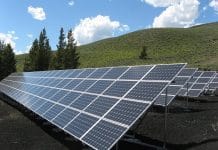 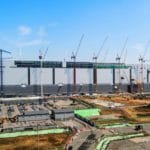 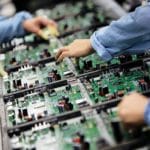 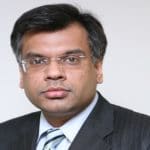 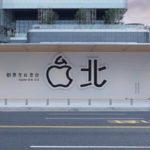 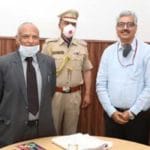