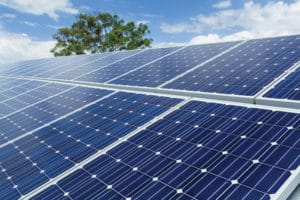 As per a report by Saurenergy, Canadian Solar has completed the sale of its 56.3 MW operational solar power plant Yamaguchi Shin Mine in the Yamaguchi Prefecture in Japan. As per the report, Hana Financial Investment, a subsidiary of Hana Financial Group has acquired the solar power plant for an enterprise value of approximately around $205 million.

Delayed due to regulatory and contractual obligations

The report added that sale was originally planned to close in the fourth quarter of 2019. It got delayed due to regulatory and contractual obligations required to be met before closing the transaction. The report also said that the Yamaguchi Shin Mine reached commercial operation in May 2018 and it is powered Canadian Solar high-efficiency modules. The electricity generated is being purchased by Chugoku Electric Power Company at the rate of $0.32 per kWh for 20 years.

As per the report, the Chinese module manufacturer will continue to provide asset management and operational and maintenance services for the plant after the transaction. There will be a five-year profit-sharing agreement to enable the company to secure additional revenue after the sale if the power plant outperforms agreed-upon metrics.