The recent report by KPMG on ‘Solar Manufacturing in India’ reveals that India’s reliance on fossil fuels has grown drastically over the years—from spending US$ 43 billion in 2005-06 on oil imports to US$ 167 billion in 2013-14. To reduce this import of fossil fuels, India needs to strengthen its solar manufacturing capacity, which may lead to an annual saving of US$ 20 billion by 2030.

According to Santosh Kamath, partner and head – renewable energy services at KPMG, “I think there are two important things that should be kept in mind; one is that there has to be a steady demand. The second is that the solar tariff should neither be too high nor too low. It should be conducive to manufacturing of equipment.”

He adds, “We need to strike a balance between the two. We have to think about whether we really need to have the prices so low. The answer to that is, ‘No,’ but the current model is driving prices very low. This is good news for the discoms and for consumers, but is it conducive for manufacturing? I think not and we need to see what has to be done if we are to meet both the objectives of consumers/discoms and of equipment manufacturers.”

India has a tremendous potential for generating solar power as it receives abundant sunshine for most parts of the year. The National Solar Mission (NSM) was set up by the Indian government to tap India’s solar potential, thereby reducing its dependence on fossil fuels and other non-renewable sources of energy. India is now in the second phase of the NSM and well on its way to meeting the solar energy target of 100GW by 2020, having crossed 5.13GW of cumulative installed capacity in January 2016. Recently, there has been another tender floated by the government for the commissioning of 18GW of solar power projects by March 31, 2016.

Apart from this, solar equipment manufacturing will also lead to the generation of direct and indirect employment. Assuming that local manufacturers get a 50 per cent share of the domestic market and 10 per cent of the global market, there will be at least 50,000 direct jobs in the next five years. There will also be 125,000 indirect jobs which will be created across the supply chain.

Government measures for domestic manufacturing
The government has taken several measures to boost indigenous manufacturing of solar equipment in India. One key component for solar power generation is the silicon panel. Over the years, India has been relying heavily on imported silicon panels. Recently, the Centre has announced that it will be offering financial aid of nearly Rs 10 million per MW for the setting up of big solar plants if these panels are procured from domestic manufacturers.

There has also been renewed interest from companies including Taiwan’s Foxconn and China’s Hareon Solar Technology for the manufacture of solar panels in India. The government has launched the Modified Special Incentive Package Scheme (MSIPS) that offers capital and subsidies to get solar panel producers to make in India. Apart from these initiatives, the Centre has ramped up the subsidy budget for house owners as well as companies to encourage them to set up solar rooftop panels –the subsidy budgets are ₹ 6 billion and ₹ 50 billion, respectively. The government has also capped the solar tariff at less than ₹ 5/kWh.
The two major factors influencing domestic manufacturers to take up solar equipment manufacturing are steady demand and balanced solar tariffs. Ensuring a steady demand in solar power has been a challenge, as seen over the years, both globally as well as domestically. In certain years, there has been a surge in demand while in others, this has dropped. 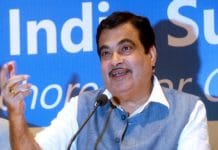 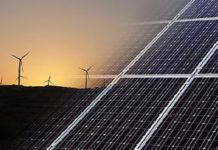 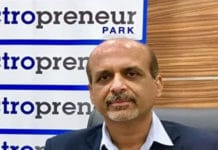 “We Help Startups In Every Possible Way During The Incubation Period”