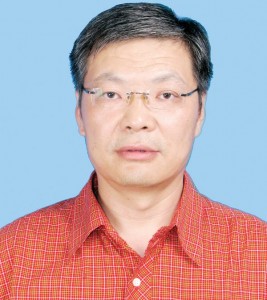 LED drivers play a very important role today when the whole world is moving towards saving energy by using LED lights. Understanding both the technical aspects of LED drivers and the role the Indian government plays in this sector are essential to understand the market scenario. Sneha Ambastha of LED Bazaar spoke to Xiang Xue, VP–sales and marketing, Silan Microelectronics, to learn more about the LED driver segment and the survival strategies of companies facing the trend of decreasing prices of end products.

LB: What is your opinion about the LED driver market in India?
Keeping the Indian market aside for a while and talking about volumes, you will find that China caters to about 80 per cent of the worldwide demand for LED drivers, and Silan is amongst the top two suppliers of LED drivers in that country. Now, if you look at the Indian market, there are two main competitors who have been in this business since many years. They have a combined market share of about 80 per cent. But if you talk of technical requirements, the Indian market is a little bit different from the market in China.

LB: What do you think about the role of the Indian government in promoting the LED industry?
Essentially, the Indian government is doing a very good thing in pushing or introducing LEDs into the Indian market through the tender practice. This is a guided transition and not a revolutionary switch from CFLs to LEDs, and will speed up the process of bringing LEDs into the Indian market.
Using LEDs will help consumers in many ways. First, it will immediately help them to save energy. Second, it will reduce the financial burden on the Indian economy arising from the demand for additional energy as a result of growth and development in the country.

LB: Is it possible for companies to survive in the LED market when the Indian government is promoting LED lights at a price that is much lower than its manufacturing costs?
All the companies participate in the tender business and they make their own calculations. Nobody wants to have a loss-making business. As long as there are people still participating in the tender business, no matter what the price is, it is still a market price, which means that the companies would still want to participate. However, if no company wants to participate, it would mean that the targeted price or cost is too low.
But at this moment, it’s just a chain because the cost pressure from the product manufacturers is transferred to the component manufacturers like us. We face a huge cost pressure. If you look at the LED chip or the LED drivers, the pricing graph in the last two years is like a cliff that is decreasing every day. But at the end of the day, it’s all business because you cannot look at the deal always; you will also have to look at trends. Once you are into LEDs, you will be in it for years and years. So everybody has to find out ways to reduce costs, and I believe they will reach a balancing point pretty soon. Maybe they won’t make a big profit but can still try and survive in the business.

LB: Does the Indian government have a focus on any specific technical requirement with respect to LED drivers?
The Indian government is very specific about the requirements based on specifications. It mentions all the specifications on the tenders. Comparatively, these requirements are on the higher side when you consider other countries.
In the past few months, we have learned from our potential customers that the Indian market has stricter requirements for THD, the measure of distortion. The tenders show that India requires about 15 per cent of THD but this value may change to 10 per cent in the coming years. In the other parts of the world, 20 per cent of THD is considered fine.
I can definitely not comment on why such requirements have been put forward by the Indian government but from the technical point of view, of course, it is good. The only thing is that any stricter technical requirements will raise costs. Now, how you are going to do it is a different story. In order to meet such requirements, Silan has come up with a special IC that offers a total solution and is still competitive.

LB: How do you help customers to decide about the right LED driver ICs that meet the Indian government’s requirements?
We do not make that decision. We provide all the solutions and leave it to the customers to decide. They can judge based on the requirements. They still can meet all the safety regulations required but when it comes to cost pressures, they normally go for the non-isolated driver ICs.
If you forget the cost factor, from the safety point of view, isolated driver ICs are better. For example, when you change the LED bulb in your house, an isolated driver IC is safer because no matter how much effort you put into making a product, you never know what could be wrong. There are chances that a particular glue used is somehow of low quality and users might get exposed to the risk. If you consider the non-isolated driver, including the buffer and insulation, where everything has been used in a correct way, then you can still use it and at the same time enjoy the benefit of low costs.
In China, the trend is to go for non-isolated driver ICs. Gradually, you may also see the same trend in India because of the cost pressure.

LB: What is the advantage of using isolated LED driver ICs rather than the non-isolated variants?
In general, isolated versions are perceived to be safer because the power supply is separated by a transformer. In this case, the energy is coupled because of the transformer, whereas in a non-isolated driver, there is a direct current—no coupling exists. To put it in simple terms, in non-isolated ICs you do not need any transformer; hence, it is cheaper. But it doesn’t necessarily mean that the non-isolated driver IC is dangerous—it depends on how you use it. If you design and use a non-isolated driver in the right way, you can still use it without any problems and, in fact, it is quite popular in other parts of the world. 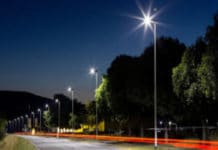 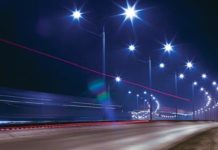