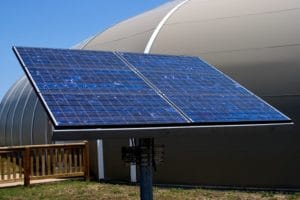 Acme Cleantech Solutions, one of the largest solar power companies in India, has sold 600 megawatts of its solar power capacity to Actis. According to sources, Acme has been struggling financially for a few months and struggle has been aggravated by the delay in timely payments by power retailers. This transaction has come at a time when developers across the country are struggling with financial liquidity and preventing themselves from large-scale auctions.

Actis already owns another renewable energy platform in India called Sprng Energy. The company has a 1.7 gigawatts of existing solar and wind energy capacity. another major investor in Indian renewable energy market known as Brookfield, had also expressed interest in Acme but failed to outbid Actis.

Acme in dept of Rs 7 billion

According to government data, power retailers of Acme owe Rs 800 billion (US$10.8 billion) to power generation companies across the country. Hence, the company has stayed away from all solar power auctions for the last several months. Since the last project of the comapny had secured 600 megawatts at record-low tariff of Rs 2.44/kWh (US¢3.31/kWh), observers had questioned about the financial viability of the low bid. Acme has been struggling to raise funds since then.

Just like a other developers in India, Acme has managed to offload some assets to foreign assets to raise critical funds. Also, the company is required to make a payment of Rs 7 billion (US$95 million) against a debt it had raised.

Another major renewable energy company in India, Adani Green Energy sold its entire 2.1 gigawatts of operational solar portfolio to a French energy giant Total. However, Total also has a presence in India via another name known as ‘Eden Renewables’ (a joint venture with EDF Renewables). Eden seems to be a solar power giant as it owns 200 megawatts of operational and 700 megawatts of under-construction solar power capacity. 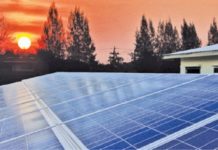 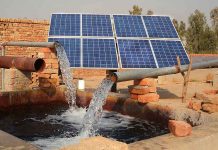