Inventus India, an early stage venture capital firm, today announced its rebranding as Athera Venture Partners. It also announced the launch of its fourth fund with a target corpus of Rs. 900 crores (US$ 120 Mn).

The rebranding reiterates its vision and focus. Athera is a Sanskrit word that means ‘path’ and direction. The Indian-ness of the new identity aligns with its focus of investing in the Indian start-up ecosystem. The meaning reiterates its investment philosophy – that of being a companion to visionary founders on their path to success and prosperity. It further epitomises its demonstrated way of working with the founders it backs, of being available and supportive and playing the role of patient collaborators who help with anticipating the path ahead.

“As of today, Inventus India is now Athera Venture Partners. Our new brand identity reflects our ethos and philosophy and builds on the foundation of our legacy. It conveys our renewed commitment to start-up founders. Our name expresses our intent of being companions to the founders we back, with long term support that is required in a dynamic environment. Our ethos is recognised and appreciated by the founders we have partnered with, and is evident in the return of many who become investors in our fund”, said Parag Dhol, General Partner, Athera Venture Partners. 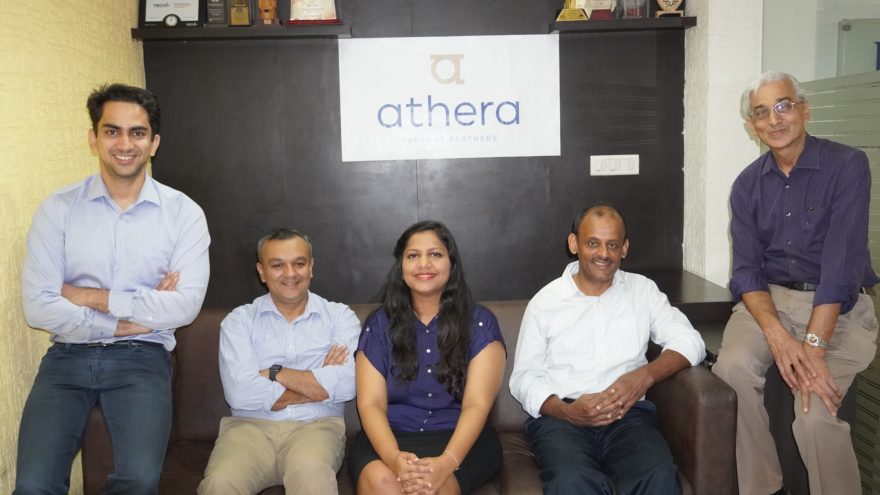 Athera has also announced the launch of its Fund IV of Rs. 900 crores, which, given the strong performance of the previous funds, is seeing interest from existing investors, financial institutions, overseas funds, and family offices.

With Fund IV, Athera will continue its core strategy of investing in early rounds of technology focussed companies, with an emphasis on making investments in new and emerging technology sectors. The new fund’s focus areas will include a range of themes, such as, Internet of Things, Consumer Internet, Mobile, SaaS, Enterprise Software, FinTech, Web 3.0 and Deep Technology. Fund IV will invest with ticket sizes between Rs. 5-45 crore, and follow on in future rounds.

Inventus Capital Partners was established in 2006 as a cross border firm investing in the US and India. In 2018, the General Partners of Athera Venture Partners raised an oversubscribed Inventus III – India Fund, with a corpus of Rs. 369 crores.

“With our new fund raise, we wish to literally triple down on the start-up ecosystem in India that is on a bullish growth trajectory. At Athera, we are committed to identifying and supporting India’s most visionary tech entrepreneurs. We recognize that building the next generation of companies requires patient, supportive capital and a flexible and collaborative approach that we are uniquely positioned to offer, since it has been our core philosophy for more than a decade now,” said Rutvik Doshi, General Partner, Athera Venture Partners.