India’s goal for 100 per cent electric vehicles (EVs) by 2030 needs a robust and competitive battery manufacturing supply chain but lack of clear long-term policies and technology uncertainty are preventing investments, says a report.

As per the report by government think tank Niti Aayog and Rocky Mountain Institute, India would require to set up a minimum of 20 giga factories to produce batteries at an investment of USD 100 billion. It pointed out four key challenges – low mineral reserves; absence of major EV battery producers; lack of co-ordination among stakeholders and high perceived risk – coming in the way of the country’s EV goals. 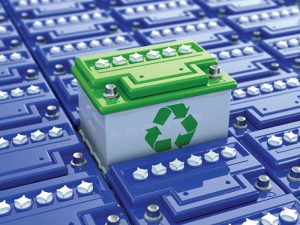 According to PTI, the report titled ‘India’s Energy Storage Mission’, due to the uncoordinated efforts by different stakeholder groups and the relatively nascent stage of battery manufacturing in India, investment risks in this sector are considered to be high.

It further said that due to the absence of long-term policies for manufacturing and uncertainty around the future technology in the area, “battery and vehicle manufacturers hesitate to make significant investments”. Consistent and transparent policies can help address this barrier, the report added.

Highlighting the challenge of low mineral reserves, it said, “India does not have reserves of some of the most important Li-ion components, including lithium, cobalt, nickel or for that matter the copper used in conductors, cables and busbars.”

Hence, reliable supply, not just of the raw materials but also of processed functional materials used in the anode and cathode posses a challenge, it said. It added however that global supplies of minerals for current battery chemistries are not considered to be resource constrained.

“In order to achieve large scale domestic production of EV batteries, India would likely need to forge international partnerships and ventures to secure access to key minerals in line with its battery technology and roadmap,” it said.

On the lack of co-ordination among stakeholders, the report said that it is “a key barrier to streamlining efforts by different industries and organisations in building India’s battery manufacturing supply chain”. The key stakeholders, as per the report are material suppliers, battery and vehicle manufacturers, local and central government, research institutes and think tanks.