To prevent unfair anamolies between those who applied for MSIPS benefits earlier, and those who will now apply under the scheme’s more relaxed terms and conditions, ELCINA sought recommendations from its members, which it has put forward to the government

The Department of IT and Electronics (DeitY) has recently issued the Modified Special Incentive Package Scheme (MSIPS) guidelines/notifications. Based on the discussions and feedback from our members, ELCINA would like to recommend some amendments to these new guidelines. The recommendations are as follows.

Recommendations on MSIPS guidelines
1. The benefits provided in the new guidelines should also be available to those who have applied before August 3, 2015, on a retrospective basis. This would prevent the earlier applicants from being uncompetitive vis-à-vis the new applicants, which could cause a serious anomaly.
We strongly request that the production subsidy should be available to all MSIPS awardees/applicants (on a retrospective basis) under the product categories for which it has been introduced in clause 2.5.2 of the MSIPS guidelines, and eligibility must not be linked with this notification date.
2. These updated terms and conditions of the MSIPS, as compared to the earlier terms of the scheme, may be allowed for those applications that have not yet been appraised/approved. This can be done by submitting an additional application to update the previously submitted one, along with the additional information/fees required as per the new terms of the scheme. In short, MSIPS benefits should be available to all applicants, including those earlier approved, on a retrospective basis.
In the above context, a number of companies had applied under specific product categories as they were unable to achieve the unrealistic limit of ₹ 1 billion under the EMS category. As the EMS limit has now been more realistically set to ₹ 100 million, units in different verticals may be allowed to migrate to the EMS category once they have crossed the limit of ₹ 100 million—based on their earlier application so that they can expand accordingly as EMS companies.
3. Selected passive components such as capacitors, resistors and inductors have huge demand and are not manufactured in India due to disability costs and high investments in capital equipment. It is recommended that these components which have high value addition, say above 30 per cent, should be eligible for a 10 per cent production subsidy that can be introduced in the revised MSIPS. This will be a major shot in the arm for electronic components manufacturing, a segment that has lagged behind in the electronics value chain and poses a major challenge for domestic ESDM manufacturers. In fact, the stagnation of this segment is holding back the growth of ESDM manufacturing.
4. An anomaly in the policy is that the threshold value in certain items such as components and PCBs is only ₹ 50 million, while the current investments in plant and machinery of a number of manufacturers are quite high. Thus the requirement of minimum 20 per cent additional investment to get a subsidy is very high. This makes MSIPS applications for expansion of such projects very difficult.
A possible solution could be to link the 20 per cent criteria with the threshold, so that eligibility would be 20 per cent or the threshold for that category, whichever is lower. Alternatively, the requirement could be changed to a more reasonable 20 per cent of the Net Block.
5. MSIPS benefits have also been provided for passive components, electro-mechanical components, mechanical parts as well as consumables and accessories (reference point no. 2.10 of the new MSIPS notification).
It is recommended that new generation grid components such as ‘super-conducting fault-current limiters’ and ‘solid state fault-current limiters’ be added as 2.10-e.
These new technology products have tremendous implications for the Indian power grid and have an Asia-wide export potential of several billion dollars. Their manufacture is currently under discussion for possibilities of collaboration with leading organisations, which will be a major win for India. Our third recommendation given above may also apply to these components.
6. One clause states that the proposed investments for the first phase of any project should not be less than 20 per cent of the overall project cost, for getting MSIPS benefits (reference point 2.2.3, page 3 of MSIPS guidelines).
However, the ultra-mega scale projects are typically executed over multiple phases and scale up based on cash inflows from the first two to three phases. So the 20 per cent clause is not practical for ultra-mega scale projects. ELCINA recommends that the rule of 20 per cent investment in the first phase may be waived/negotiated by an appraisal committee, subject to the fulfillment of threshold guidelines.

Recommendations on MSIPS notifications
1. Clause 4.5 has dispensed with the practice of notifying areas as ‘Clusters’ where companies will be eligible for MSIPS incentives. This is a positive development and supported by ELCINA. However, we propose that there should be some additional benefit for new manufacturing units coming in greenfield clusters supported under the EMC scheme to ensure that these clusters are populated quickly.
2. Brushed DC motors are mentioned as ‘Electronic Products’ in point no. 4-A (with automotive electronics), whereas these motors are used in various consumer appliances also. ELCINA requests that ‘brushed DC motors’ be categorised as ‘Intermediates’ in point no. 2.10-B, along with micro motors and stepper motors, as these motors are intermediate products only and never used in isolation.
3. The investment threshold for intermediates like electroplating, small precision plastic and metal parts is ₹ 50 million (mentioned in 2.10-B) in the present notifications.
As many of the ancillary units manufacturing such parts will not benefit from this scheme, it is recommended that the investment threshold for these intermediates should be reduced to ₹ 10 million, subject to their location in an electronics cluster.
4. Consumer appliances such as ACs, fully automatic washing machines, microwave ovens, refrigerators, etc, are included in MSIPS (mentioned at Sl. No. 6 of A, Enclosure 1 of the notification).
As all small consumer appliances are being embedded with electronic controls and programmable devices, and disruptive innovations have become the norm, ELCINA recommends that all small consumer appliances should also be included in Sl. No. 6 of A, Enclosure 1 of the new MSIPS notification. These should be proactively added to the above list so that the R&D efforts by manufacturers are also incentivised. A few examples are given below:
a. Food processors: Mixers, grinder and blenders are today embedded with weight sensors, programmable microprocessors and motor speed management. Based on the function and load (weight), the motor speed and time are programmed and the mixer/grinder is called a food processor.
b. Emergency lights: The use of LEDs, lithium-ion batteries and electronic controls with various light outputs actually places these lights in the category of ‘electronic products’. India Still Shopping Components – Will We Ever Manufacture?: Industry speaks 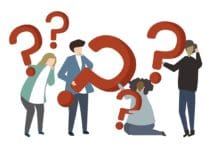 Attention! Did You Just Miss Out On The MEIS Benefits?