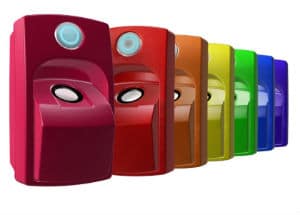 February 16, 2015: The Security Promotion Group of India (SPGI) organised an event to celebrate its key role in getting biometric devices to be considered under the government’s PMA policy. News on other positive developments for the security players in India was also disseminated

The Security Promotion Group of India (SPGI) comprises key professionals who play a crucial role in the evolution of the Indian security industry. The group recently celebrated the positive role it played in getting biometric devices to be categorised with the segments that come under the Preferential Market Access (PMA) policy. The announcement was made at an event held at Pragati Maidan in New Delhi.

SPGI’s vision is to build a united front that represents the security industry’s interests. This would benefit professionals and organisations operating in the Indian security market, which would, in turn, benefit the end users–enabling them to enjoy all that comes with an organised and structured industry.

Sanjeev Sehgal, chairman, SPGI, announced that the Preferential Market Access policy now covers access control/authentication devices and biometric finger print/iris recognition devices. The policy is applicable for purchases made by all agencies and departments of the government, including ministries (except the Ministry of Defence).

The new development specifies the minimum percentage of local content required in a product for it to qualify under the ‘domestic procurement’ clause of the PMA, the other key points under which the product qualifies as domestically manufactured, and the inputs and processes that will be considered for assessing whether the product can be classified as domestically manufactured.

The percentage of local content required for PMA procurement of biometric devices is 50 per cent, while the percentage of value addition required in the Bill of Materials (BOM) for such devices to be classified as domestically manufactured is 30 per cent for the first year (i.e., up to March 31, 2016), and this requirement will increase by 5 per cent in the second year.

This notification can be reviewed later by the department based on technological developments and how the Indian manufacturing ecosystem evolves.

Sanjeev Sehgal added that the next initiative the SGPI is working on is the setting up of a Technical Gadgets Assessment Centre at the India Trade Promotion Organisation (ITPO), New Delhi, with the support and association of ITPO and the Central Industrial Security Force (CISF), as well as proposed support of the Ministry of Home Affairs. This centre would work as a platform for exhibiting, demonstrating and testing different security equipment throughout the year on a ‘No Cost, No Commitments’ (NCNC) basis.

The event also featured discussions on the standardisation of security products, which the industry has been demanding for a long time now. There was news that the government has decided to have mandatory Indian standards for all electronic products under the Bureau of Standards (BIS). Nearly 15 products have already come under mandatory BIS certification including laptops, printers, scanners, etc.

A technical committee for alarms and electronic security systems (LITD 26) has already been formed by BIS.

Other key points were also discussed at the event, such as ensuring MSMEs in the security industry avail all the benefits they are entitled to, the reduction and rationalisation of taxes and duties, the promotion of Electronic Manufacturing Clusters (EMCs) with ELCINA, and ensuring the availability of skilled technical manpower in coordination with the Electronics Sector Skills Council of India (ESSCI).

It was informed that the National Occupational Standards have been formulated for CCTV installers, for which the training institutes are being given a grant under the National Skill Development Corporation (NSDC).

The event saw some prominent names from the industry including Shashank Agarwal, vice chairman, SPGI; Aditya Khemka and Yogesh Dutta of Aditya Infotech, Mukesh Panjwani of MX-MDR, Vevak Gossain of Securico, Maqsood Shaikh of Innovative Ideals & Services Pvt Ltd, Rohit Garg of Foxbase, Ravender Singh of RS Solutions along with representatives from Matrix and Zen Technologies, to name a few. 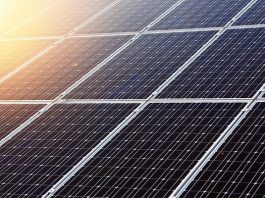