Xiaomi witnessed its highest ever consignments in a single three-month period, pushed up by the launch of sub-brand Poco and new Redmi 6 series

Chinese electronics company Xiaomi has taken the top spot in India’s smartphone market, overtaking its rival Samsung in the July-September period of 2018. However, Chinese smartphone manufacturer OnePlus continues to be the leader in the premium mobile segment in the same quarter, which saw record shipments in spite of declining rupee, as firms stocked up inventory ahead of the festival season, according to the market research firm Counterpoint Research.

During the quarter, in the overall handset market the smartphone segment, contributed half of the market share and recorded 24% jump in shipments on quarter and 5% on year-on-year basis, said the research agency.

During the July-September period, India’s shipments exceeded those of the US, consecutively for the second time, it added.

Xiaomi witnessed its highest ever consignments in a single three-month period, pushed up by the launch of sub-brand Poco, new Redmi 6 series and expansion in offline segments, leading to a market share of 27% in the quarter, increased from 22% in the same period a year ago, the agency said.

The market share of Samsung remains unchanged at 23% as compared to previous year. However, the market shares of both Samsung and Xiaomi declined from the previous quarter of 29% and 28%, respectively.

Karn Chauhan, Research Analyst at Counterpoint, said that the price segment between $150-250 contributed around one-third of the overall volume during the three-month period. The sales were driven by new device launches in mid-tier price range to capture the trend of customers spending more on the smartphones.

During the quarter, OnePlus continues to be the leader in the premium price segment of Rs 30,000 and above, Samsung followed with 28% share and Apple with 25% share. Collectively, OnePlus, Apple and Samsung contributed 83% to the premium segment during the quarter, as compared to 98% share in the same period a year ago, said Counterpoint.

The premium smartphone shipments in India contributed 10% by value and 3% by volume during July-September period, the agency added.

Another Chinese smartphone maker, Vivo, took the third place with 10% market share, whereas Indian phone manufacturer Micromax made it in the top five list for the first time in past two years with a market of share 9%, led by its fresh order of 5 million smartphones by the Chhattisgarh government. 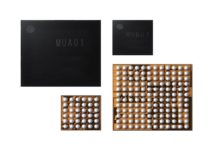