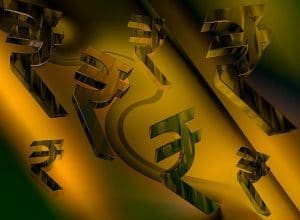 The Indian rupee has plunged to a fresh low of 72.67 against the US dollar and this indicates an impact on the electronics industry. Products like mobile phones, battery chargers and cameras are likely to be more expensive and this has raised the concern over the electronics items’ imports.

Economists have expressed concern over the weakening rupee as it could limit imports and cap the rise in the current account deficit, which is the sum of all transactions between India and its trading partners. India’s CAD widened to 2.4 per cent the country’s Gross Domestic Product (GDP) in the quarter end of June, the highest in four quarters. Earlier, for quarter end of March, it was 1.9 per cent.

Ashish Vaidya, head trading – India, DBS Bank, said that all imports, including electronics, would be affected. He hinted that an increase in taxes could be one option for RBI to curb imports and bring some control on the CAD.

Over the past few months, the Indian rupee’s performance has come into question as the value has been dropping. This is keeping the observers glued to the issue. However, it has been reported that both the government and the RBI will be adopting the necessary measures to control the rupee’s fall.

A. Prasanna, Chief Economist, ICICI Securities Primary Dealership said that the apex bank would have to stick to its strategy for the weakening rupee to have a material impact on demand for imported electronic and consumption goods.