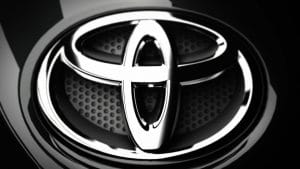 Aiming to achieve carbon neutrality before 2050 by expanding its electric vehicle lineup, Toyota Motor Corp has announced that it will introduce 15 battery electric vehicle (BEV) models globally by 2025.

“In establishing a full line-up of electrified vehicles, Toyota has been progressing its plan to introduce 15 BEV models by 2025, including seven new BEV models of the Toyota bZ series,”  the automaker said in a statement.

The new BEV model Toyota bZ series is aimed at the EV markets of China, the United States and Europe where BEVs’ demand is more, and a large supply of renewable electricity is available.

Automobile manufacturers all over the globe are switching to battery-powered vehicles amid tougher emission regulations and growing competition to develop zero-emission vehicles. In this regard, the company said, “Toyota will promote electrification strategies that contribute to reducing CO2 emissions throughout the entire lifecycle of a vehicle while consulting with governments on how to improve the environment for the promotion of electrification.”

Toyota sold 1.95 million units of its electric vehicles worldwide in 2020, adding that 23 per cent of Toyota’s total sales, or about one in four vehicles, is electrified.