After refurnished smartphones, refurbished laptops and computers market is considered as the second largest in India 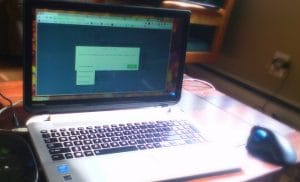 Togofogo has entered into an agreement with Lenovo to sell refurbished laptops in India. Known as an online market place for pre-owned and refurbished smartphones, Togofogo has already started selling refurnished Lenovo laptops on its website.

Soumitra Gupta, CEO, Togofogo, said, “E-Commerce industry in India is witnessing a promising customer-demand not just for refurbished smartphones but across categories with a major chunk contributed by Laptops. We are glad to partner with Lenovo, one of the most reputed brands in the laptop segment offering feature-rich laptops that are backed by the latest technology. The laptop market is overwhelming, but the balance of performance and portability that Lenovo’s laptops offer makes them an easy-buy for customers”

The company that claims to have sold over 5,00,000 units of refurbished mobile phones in the Indian market will be selling Lenovo refurbished laptops with one year brand warranty in the market.

After refurbished smartphones, refurbished laptops and computers market is considered as the second largest in India.

A Lenovo ThinkPad X1 Carbon Core i7 3rd Gen laptop that usually retails upwards of Rs 1,50,000 is currently available for Rs 44,999 on a refurbished products website.

It is to be noted here that many of the big players target tier 2 and tier 3 cities with refurbished products as the spending capability of these cities is lesser in comparison to tier 1 cities.