The Telangana Government is mulling to set up an exclusive incubator for startups working in the defence sector, informed state IT and Industries Minister KT Rama Rao on Thursday. 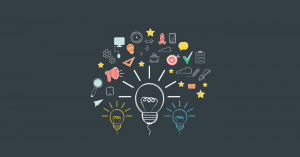 Rama Rao said in his inaugural address of “Deftronics-2017”, a two-day conclave of defence and aerospace electronics industry said that they have a series of discussions with the Scientific Advisor to Raksha Mantri (Defence Minister) and with the support of Centre they will be launching a Defence Electronics and Defence focused incubator in Hyderabad.

He also said under the state’s “Innovation Policy”, the government is planning to develop a million square feet work space to accommodate startups across different sectors.

He said the capital Hyderabad is shaping up as a hub for aerospace and defence manufacturing and there are a number of MSMEs working in these sectors. Earlier during the inaugural session, Scientific Advisor to Defence Minister G Satheesh Reddy said 80 per cent of the components being used in Akash Missile is manufactured by private companies.

A representative of India Electronics and Semiconductor Association informed an English daily that the defence electronics trade is expected to touch USD 80 billion from the current levels of USD 20 billion.