A whopping 80% of the telecom equipment used in local phone networks is imported from foreign vendors such as Ericsson, Nokia, Huawei, Samsung and ZTE. 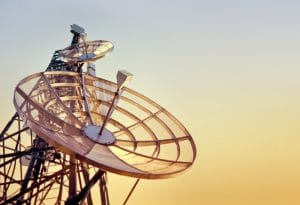 The rupee’s fall to an all-time low versus the US dollar is likely to push up costs of imported telecom gear used in mobile phone networks by nearly Rs 4,500-5,000 crore and exacerbate the financial stress of telecom operators, compelling them to consider deferring 4G network expansions in the near term if the Indian currency remains weak, said industry executives and analysts.

Sustained fall of the rupee versus the greenback, they said, could also increase the foreign debt servicing costs of some phone companies and hit their profitability in the coming quarters since as much as 30% of the sector’s Rs 7.7 lakh-crore debt is said to be dollar-denominated. The local unit touched an all-time intraday low of 69.09 a dollar on Thursday. However, the rupee recouped some of its losses on Friday and closed at 68.47 a dollar.

A whopping 80% of the telecom equipment used in local phone networks is imported from foreign vendors such as Ericsson, Nokia, Huawei, Samsung and ZTE, which is why big telcos such as Bharti Airtel, Vodafone India, Idea Cellular and Reliance Jio Infocomm are estimated to collectively splurge nearly $7 billion (over Rs 48,000 crore) annually on network equipment.

Rajan Mathews, director general of the Cellular Operators Association of India (COAI), said: “The downward movement of the rupee would make imported 4G gear procurements more expensive for telcos in the immediate term as bulk of their equipment and service contracts are dollar-denominated, which could aggravate financial stress levels in the industry.”

Mathews said that margins of telecom operators would also take a hit if the rupee slide was not arrested quickly, especially since phone companies would “suddenly be compelled to earn a lot more rupees to be able to buy the requisite quantum of dollars to pay their network gear import bills and upcoming dollar-debt servicing obligations”.