The Telangana government is also contemplating to set up a fund to support startups. It will also focus on procurement of products and services from homegrown startups. 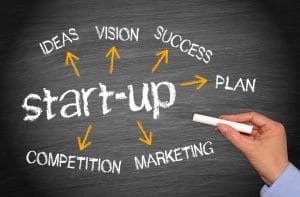 The Telangana State Government would be investing roughly Rs 300 crore for the 2nd Phase of T-Hub, which will be opened by the end of this year.

The 2nd phase of T-Hub will be five times larger than T-Hub and it will be the largest incubator in the world, said Jayesh Ranjan, Principal Secretary, Govt of Telangana.

“The Government will be investing five times what we have invested in T-Hub into the second phase. It will be roughly Rs 300 crore,” he announced while speaking at the National Startup Conclave, HSX-2019, held at IIIT—Hyderabad campus.

HSX-2019 was jointly organised by Headstart, IIIT-Hyderabad, T-Hub and Telangana State Innovative Cell and others.

The Telangana government is also contemplating to set up a fund to support startups.  “We are planning on it as funding is one of the criteria the union government looks into while ranking startups on startup ecosystem. And we don’t want to lag,” he told the gathering.

As many as 600 investors, startups, government officials from 23 cities across India and the world participated in the Conclave.

Telangana Govt to boost startup ecosystem in the state

Among various initiatives taken by the state government to help startups, Ranjan made a special mention of the initiative “T-Bridge”, which he termed as a pioneering work.

“The T-Bridge initiative connects India’s startup ecosystem with the world. It gives startups global exposure. This platform is crafted with the support of partners in various geographies.  Currently, 100 local startups helped in getting international exposure.  We are working on adding more and more bridging partners,” he stated.

He also mentioned about the Telangana Govt’s initiative to procure products from homegrown startups. “If they have products or services relevant to the government, we will procure goods and services from them by way of bilateral understanding without going through the cumbersome procurement policy,” he said.

Delivering his keynote address, Ravi Narayan, CEO of T-Hub, said India’s startup ecosystem is either second or third in the world.

India now has the third highest number of startup incubators and accelerators in the world after China and USA. It houses around 300 incubators and accelerators.  “Almost 20 percent of prominent IT players are engaged with startups.  However, this percentage is expected to shoot up to around 30 percent in the near term as more and more IT firms have started making investments aggressively in startups,” asserted Narayan.

According to him, there are 4000 startups in Telangana, which contribute to around 15-20 percent of the overall startups in India. These startups are growing at the rate of more than 30 percent year-on-year whereas overall India growth is 15-20 percent.

Narayan further noted that Telangana has more than 50 incubators and accelerators for supporting startups.

There are around 300 to 400 MNCs operating in Telangana. About 30 to 40 percent are directly or indirectly associated with the startups’ ecosystem, informed Ravi Narayan.