Intensifying its efforts to promote electric vehicles to check the rising pollution levels, the Telangana State government is gearing up to announce incentives to encourage vehicle owners to shift to battery operated vehicles. 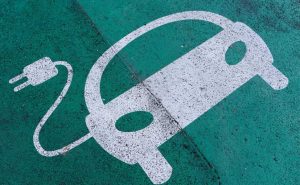 The government is contemplating several measures to promote battery operated vehicles, instead of those running on conventional fuels, including waiver of registration charges for these vehicles for a full five-year term. The government is coming up with a comprehensive policy related to electric vehicles prepared in association with leading companies in the public transport sector.

Industries and IT Minister K.T. Rama Rao is scheduled to unveil the policy at a meeting to be convened in Telangana on Friday in the presence of industry leaders. “Consultations regarding the electric vehicle policy framework have been completed and the policy will be unveiled on Friday,” a senior official said to The Hindu.

While the policy is being readied for promotion of battery operated vehicles, clarity was yet to emerge on the subsidy that would be extended by the Central government for operating these environment friendly vehicles.

The government is working out modalities of setting up battery charging stations in different places across the city in public private partnership mode. Accordingly, the government would allot space and power required for these charging stations while the private players would be asked to set up the infrastructure required for these stations. Efforts have been initiated to put in place an appropriate revenue sharing model for operating these stations.