Tech Mahindra will train an additional 10,000 employees on automation this year as the country’s fifth largest IT firm expands its focus on new technologies to become more competitive. 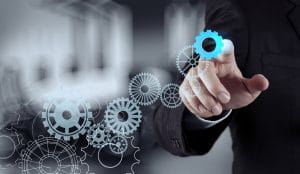 According to PTI, Tech Mahindra Vice Chairman Vineet Nayyar said that automation is an area where Tech Mahindra is heavily focused on with an aim of making company competitive.

Nayyar said during the first two quarters, Tech Mahindra generated “productivity worth over 3,200 persons in different projects”, encompassing close to half of the employees based in IT.

The company had said at the end of September quarter, close to 70 per cent of the total employees — starting from delivery to sales and support — have completed training in different modules of digital technologies like Big Data/ analytics, cloud, mobility, Internet of Things (IoT), AR-VR, machine learning, robotics and Bitcoin.

By end of FY18, the company intends to take the number to close to 80 per cent.

IT companies — big and small — are betting big on new technologies like automation and artificial intelligence to drive productivity and efficiency.

While automation is expected to bring in cost benefits for clients, there are also concerns that increasing automation could lead to job losses.

Earlier in the year, there were reports that thousands of people could be laid off this year from companies like Wipro, Infosys and Cognizant.

The reports were refuted by industry body Nasscom that said the industry will hire about 1.5 lakh people this year on “net” basis although techies will have to re-skill themselves to stay relevant.

It had also pointed out that new opportunities are emerging in areas like tech start-ups, e-commerce, Digital India and digital payments and as many as 3 million new jobs are expected to be created by 2025.