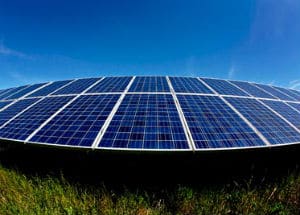 Tuesday, September 02, 2014: One of the largest orders of JNNSM phase 2 batch 1 has been won by Tata Power Solar (TPS) and the company will supply the entire module requirement for the 20MW AC project to be built by ACME Solar. ACME Solar is a leading solar power developer in India.

Rahul Budhwar, VP for Manufacturing and Business Development, Tata Power Solar, said, “ACME and EDF awarded the business to us after a rigorous selection process. This is a testimony to our superior and world-class manufacturing capabilities we have built over the last 25 years. We are looking forward to a strategic relationship with ACME and EDF and, in the process, contributing to the success of JNNSM by providing world-class modules at competitive prices.”

Manoj Kumar Upadhyay, CEO, ACME Solar, commented on the project, “Modules constitute the single largest component in a solar power project, upwards of 50% of the total cost. ACME Solar goes through a very tough process of approval for module manufacturers, their technology, reliability and financial strength to ensure that they last for 25 years to give high confidence to government, lenders and other stake holders about the performance. Tata Power Solar passed our qualification criteria and automatically became our primary choice for procuring domestically manufactured modules.”

Tata Power Solar also announced a 60 per cent hike in their module manufacturing capacity and the Bangalore facility has 200MW module and 180MW cell production capacities. Tata Power Solar has a 25 year legacy which boosts developers’ confidence in the company. It is also the only company that its modules are rated as Tier 1 in Bankability by GTM Research.

US based defence expert praises ‘Make in India’ initiative