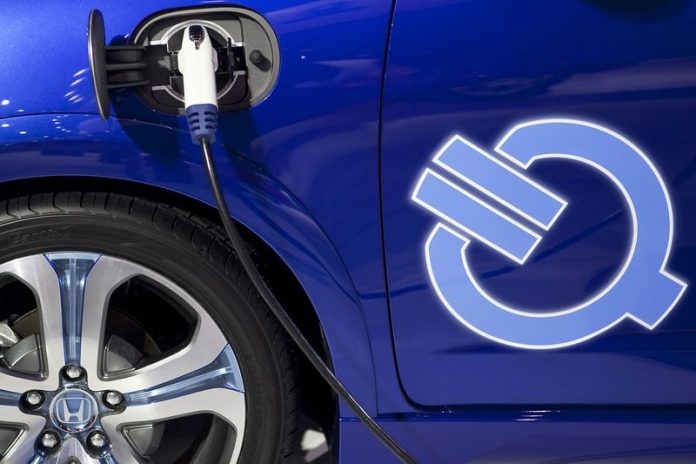 Tamil Nadu, with an established automobile ecosystem, can jump onto the electric vehicle bandwagon and take the lead in attracting investments, experts said. States such as Maharashtra and Karnataka have already rolled out an electric vehicles policy and the Tamil Nadu government needs to act fast in its policy push, they said.

Already automobile makers such as Hyundai, Ashok Leyland, TVS Motor and Renault India, with a major presence in Tamil Nadu, have spoken about electric vehicles at the recent auto expo in New Delhi. The Centre is driving the electric vehicle push by proposing an ambitious target of moving to 100% electric vehicles by 2030, reported The Hindu.

Last year, speaking at an event in Chennai, Nirmala Sitharaman, then Union Commerce Minister, had urged the Tamil Nadu government to be proactive in attracting investments and mentioned electric vehicles as one of the sectors it can look to tap.

“The electric vehicle shift is both an opportunity and threat as it replaces the core of the car. Tamil Nadu has an advantage in the automotive sector and we must take advantage of the opportunity and the State government should support the initiatives,” Arvind Balaji, a fourth-generation scion of the TV Sundaram Iyengar family and the joint managing director at Lucas TVS, said. According to him, the firm started research in the electric vehicle space five years ago and also sent its team to China and Germany to study the best practices and learn from others on how this technology works. Lucas TVS is looking at opportunities in e-rickshaws, e-auto and e-two-wheelers. To start with, it is running trial production for traction motors designed for e-two wheelers and would be launched next year.

“First, we need to have widespread charging stations across Tamil Nadu for easy availability, in same way as existing petrol bunks. Second, the battery should be designed in such a way that it enables longer travel durations and importantly also battery charging speed to be quick enough as the user may not find it convenient to wait for longer periods,” he added.

“If you look at Tamil Nadu, after a great start in attracting major automobile investments, it lost its way in the last three-five years, with Kia Motors going to the neighbouring State. Given the good ecosystem and connectivity to ports, electric vehicle is a great opportunity for the State and it should immediately come out with an electric vehicle policy,” Aswin Kumar, program manager, Mobility (Automotive & Transportation) Practice, Frost & Sullivan, said.

He said the policy should focus on specific incentives for electric vehicles, charging infrastructure, promoting battery technology and research.

“To set up a charging station it costs ₹15 lakh and needs to be incentivised. If the State can say they will give three-wheeler permit only if some parts of the vehicle have electric vehicle components, it would be great start,” Mr. Kumar said.

Bindu Dey, Secretary, Technology Development Board, Department of Science and Technology, has also pushed for the State to come up with an electric vehicle policy. “The government should have a separate research park for electric vehicles. Already we have established groups like TVS which has done research on the sector,” Devendra Jalihal, Head of Electrical Engineering, IIT-Madras, said.

He also said there was a lot of scope for start-ups in the electric vehicle space and some have been incubated by IIT and mastering the battery technology is the key. “Though the buzz has been around for a long time not much has happened. The government has also not spoken about it. The State has a strong engineering base, strong manufacturing base and has engineering colleges which brings out good talent that can be capitalised for the EV industry,” Swapnil Jain, co-founder, Ather Energy, a start-up working on electric scooters said to The Hindu.